VP, MGF and Mabey have provisionally been found to have been operating a cartel 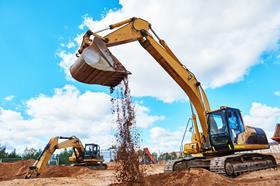 The competition watchdog has accused three groundworks firms of colluding to keep prices up.

The Competition and Markets Authority has confirmed it is investigating three major suppliers to the construction industry after provisionally finding that they had “formed a cartel to reduce competition and keep prices up”.

The CMA said it had found MGF, VP and Mabey had been sharing confidential information on pricing and commercial strategy and coordinating their commercial activities.

In a statement issued today, the CMA said its provisional view was that VP and MGF had operated the cartel for periods totalling nearly two years and Mabey took part for a single period of five months.

“It is crucial that builders and their customers benefit from genuinely competitive pricing for this essential equipment.”

The companies’ behaviour came to light after one of the firms blew the whistle and brought information about the conduct to the CMA’s attention.

This is the latest in a string of CMA investigations into alleged cartels it now believes are being operated in the construction sector.

At the start of March five fit-out firms were slapped with fines totalling more than £7m for breaking competition laws.

Fourfront, Loop, Coriolis, ThirdWay and Oakley, all admitted to breaking competition law at least once during the period of 2006-2017, in some cases on multiple occasions.

The firms, which are based in London and the Home Counties, admitted to participating in “cover bidding” in competitive tenders, colluding on the prices they would bid for contracts.

Also last month, three firms involved in the supply of rolled lead were also accused of running a cartel.

Hertfordshire-based Associated Lead Mills and its sister company Jamestown Metals; HJ Enthoven, trading as BLM British Lead; and Chester-headquartered Calder Industrial Materials were accused of colluding on prices, exchanging commercially sensitive information, refraining from targeting some of each other’s customers and collectively refusing to supply another company whose business threatened to disrupt the market sharing arrangement.