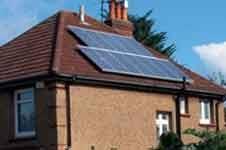 The conservatives have launched plans to lower carbon emissions, create jobs and make it easier for householders to save energy.

Under the plans announced by David Cameron, homeowners would get a £6,500 entitlement to make their homes more energy efficient through measures such as installing insulation as well as a £1 billion investment to create an intelligent electricity grid. This would include installing smart meters in every home which monitor energy use and tell consumers when it is cheapest to use electricity and also make it easier for them to sell energy generated from domestic renewables back to power companies.

According to Cameron the proposals would create thousands of jobs and cut householder’s energy bills.

Other measures in the ‘green’ paper include: