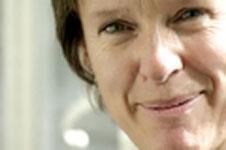 The shadow communities secretary, Caroline Spelman, has written to Conservative MPs and councils advising them to delay housing and commercial developments.

In a letter, leaked to the Observer, she said the Tories would introduce a new local government and housing bill in its first year of office which would “revoke … in whole or in part” all of Labour’s regional development targets.

“[This] will put the brakes on elements of regional spatial strategies that [local authorities] find undesirable,” she writes.

She continues: “We would advise councils not to rush ahead with implement he controversial elements of regional spatial strategies [regional planning guidelines].”

But a conservative spokesman said the main point of the letter was to highlight Tory policy that would lead to more development: “We want to devolve power to the local communities so the provision can be made where it is needed [by] encouraging demand to be met,” he said. “Labour has failed to deliver on their housing targets.”