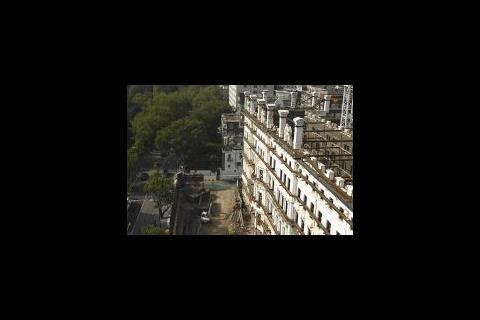 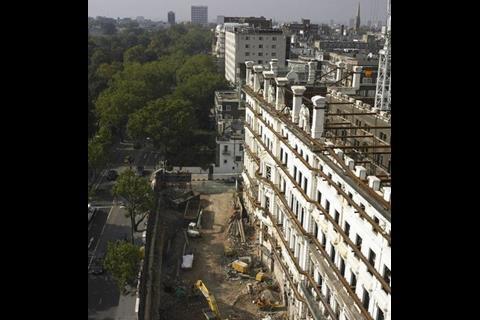 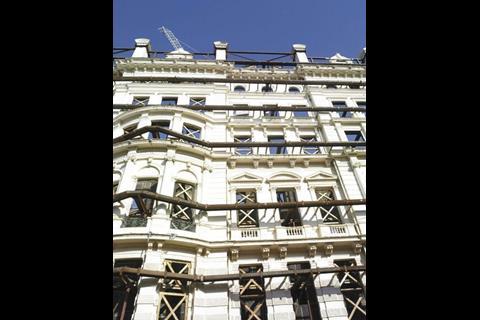 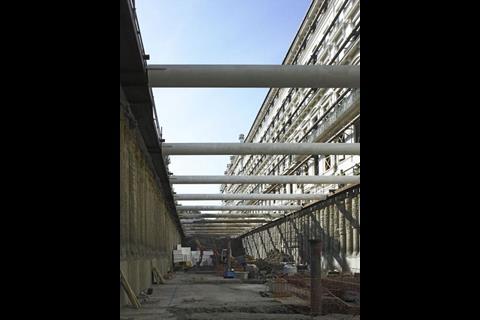 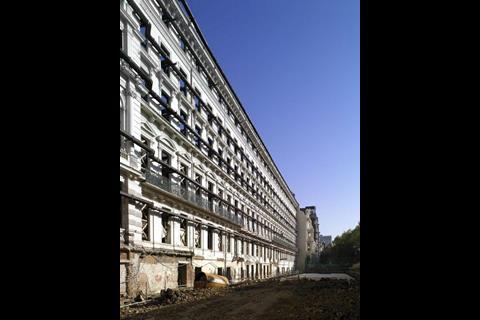 Work is about to begin on construction of a new permanent structure behind one of London's largest retained facades, on Lancaster Gate overlooking Hyde Park.

The original, grade II listed structure comprised a terrace of 15 French Renaissance style ambassadorial residences built between 1856 and 1865. Now 77 new apartments are being built behind the facade.

In November 2007 work began on removing the floor and party walls and putting in 500 tonnes of steel supports to hold the shell in place. With the 124m-long, 34m-high facade now fully retained, work is to begin on putting in new floors and walls. Only when these are tied into the facade can the temporary supports be removed.

The scheme, named The Lancasters, is being developed by Northacre and Minerva, with architect Nilsson Architects and construction manager Woolf Shell. According to Northacre, work of this kind has never before been done on this scale in London.

“Such was the damage caused to the interior fabric of the building as a result of its conversion to a hotel in the seventies that we are only keeping the original facades, which are listed, and replacing the internal structure with an all-new concrete structure in order to restore this wonderful building back to its former splendour,” said Klas Nilsson, founder of Nilsson Architects and joint co-founder of Northacre.

When completed, the 18,000m2 development will include 77 apartments, some of which will feature 4.8m-high ceilings and benefit from the 315 windows overlooking Hyde Park. The first phase is due for completion in September 2010, with the remainder following in December.