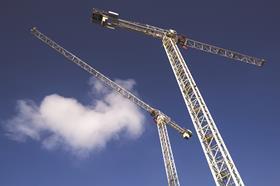 Construction output continued to grow in November but costs have hit a five-year high, according to the latest survey of construction buyers.

The seasonally adjusted Markit/CIPS Purchasing Managers’ Index picked up slightly to 52.8 in November, up from 52.6 in October, signalling an expansion of total business activity for the third month running.

The survey found that greater workloads underpinned another rise in employment levels and input buying among construction firms.

But costs rose sharply, with the rate of inflation the highest since April 2011.

Housebuilding activity remained the best performing category of construction output during November, despite the pace of expansion slipping to a three-month low.

Commenting on the data, Arcadis market intelligence lead, Will Waller, said: “A positive PMI score for the third month running is a welcome short term indicator of resilient performance in the construction market but not blessing all sectors equally.

“Whilst residential is enjoying a robust performance, the ‘elephant in the room’ is the commercial sector which accounted for 30% of output in 2015 and in isolation is only just pushing over the 50 score level of ‘no change’, providing further evidence that commercial activity is bearing the brunt of the uncertainty.”

But he added: “On the flip side there remains some concern about the London market, which is seen as particularly exposed to a post-EU referendum slowdown.”