Construction insolvencies soar in the wake of Carillion collapse

Around 780 construction companies failed in the first three months of 2018, according to accountant Moore Stephens 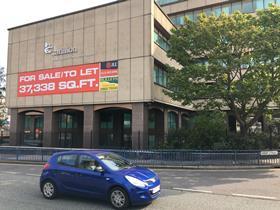 Following Carillion’s failure in January, 780 construction firms fell into insolvency in the first quarter of 2018, a 20% increase on the same three months a year ago, according to accountant Moore Stephens.

According to figures from the government’s insolvency service there were 2,764 insolvencies among building firms in the 2017/18 financial year, up by 6% on the previous 12 months, the accountant said.

Lee Causer, partner at Moore Stephens, said: “The collapse of Carillion sent shockwaves through the construction sector, and we are seeing more insolvencies as a direct result.

“Large construction companies are infamous for squeezing the profit margins of the contractors and subcontractors who work for them. These contractors often cannot negotiate against the terms set for them by their larger clients.”

He said SMEs and specialist subcontractors had been "hit particularly hard by Carillion’s fall" as many of these companies would have been heavily relying on the construction giant for significant amounts of their past, current and future workload.

Causer said: “It is likely that these subcontractors would have had to write off virtually everything owed to them by Carillion.”