Construction to lose 13% of jobs this year 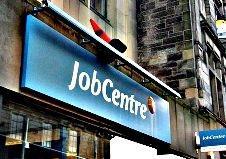 ConstructionSkills warns that up to 450,000 jobs could go by 2011, with consequent skills losses

Job losses in construction are soaring, with the industry expected to shed 13% of its jobs this year, reveal new interim forecasts from ConstructionSkills. It warns that the long-term effect could be huge skills deficits.

The body's Construction Skills Network report predicts a contraction in industry output of at least 8% in 2009, and possibly as much as 12%, with 2010 bringing a decline of around 2%.

Not until 2011 is consistent recovery expected, with a slow return to moderate levels of growth. Constraints on GDP from large public debt and a tougher regulatory environment for the financial sector are likely to have a knock-on effect on construction in the medium term.

ConstructionSkills has warned that these losses, combined with the large number of workers set to leave the industry in the next 10 years through retirement, makes the need to train skilled workers ever more vital.

In contrast to previous years, the forecasts suggested a considerable contraction in output for the repair and maintenance sector, with a decline of 6% in 2009 and a further 4% drop in 2010.

Sandra Lilley, Construction Skills Network manager, said: “It is vital that the industry, wherever possible, focuses on retaining its skilled workforce. History demonstrates that our industry suffers skills shortages following a recession which hinders recovery and we must ensure that we proactively manage our way through this exceptionally difficult period.

“The number of skilled, qualified workers the industry is currently losing is very concerning, as it could be likely that many of them will be lost to the industry for ever.

“Interaction with employers through our skills observatories has provided some evidence that redundancy is being considered as the 'last option' with many firms looking to diversify and re-focus their business objectives where possible in order to retain key workers.”