M&E firms lend out staff to save jobs 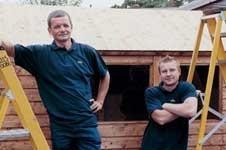 Aecom, which owns the business formerly called Faber Maunsell, confirmed that 40 staff had been seconded, including lending out a number at M&E contractors. It said the number had risen in recent months due to the recession.

Steve Hodkinson, managing director of building engineering at Aecom Europe, said: “Several of our engineers on the design side have now moved to contractors where they are employed for the months it takes to finish jobs and then they are returned to us with more skills. It’s a win–win.

“Obviously it has proven a particularly useful technique in tough times as people can be redeployed rather than let go. We have seconded about 40 people in total – some to contractors and some abroad, mainly to Libya.”

Firms including M&E specialist contractor Balfour Kilpatrick are considering taking on staff from consultants for between six and 18 months to help on jobs already under way. The hope is that by the time the jobs are completed, the recession will have eased.

Bill Merry, business development director for Balfour Kilpatrick, said: “While there is not a lot happening on the consulting side, there are large projects under way that will be going for the next year to 18 months further down the supply chain. It is a good way of not getting rid of good people.”

Consultants have been severely affected by the downturn, with Aecom, Buro Happold, Arup and White Young Green all having made job cuts in the past year.

News on past redundancies at www.building.co.uk/archive.