Emails that appear to show the architect, contractor, façade specialist and fire engineer working on the refurbishment of Grenfell Tower knew that the cladding would fail in the event of a fire have been published by the public inquiry.

They were contained in evidence submitted this morning by insulation manufacturer Celotex as it sought to argue that the designers, contractor and consultants involved in the refurbishment bore responsibility for the performance of the cladding system in the blaze. 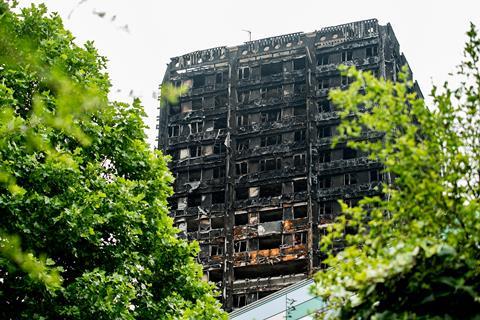 The emails refer to a debate between the parties and building control about the extent of fire stopping required to be situated in the cavity behind the façade to prevent unseen fire spread.

They include an internal email from Daniel Anketell-Jones at façade specialist Harley Facades to director Ray Bailey, in which he says: “There is no point in ‘fire stopping’, as we all know; the ACM will be gone rather quickly in a fire!”

In addition, Terry Ashton at fire engineer Exova told Neil Crawford at scheme architect Studio E: “It is difficult to see how a fire-stop would stay in place in the event of a fire where external flaming occurred as this would cause the zinc cladding to fail.” Crawford replied in agreement, adding: “Metal cladding always burns and falls off.”

The existence of the email chain appears to contradict the assertions made by Studio E and Harley yesterday that they had no knowledge that the materials specified would burn so quickly in the event of a fire.

QC Craig Orr, presenting Celotex’s opening arguments to the second phase of the inquiry, which commenced yesterday, said: “The stance which Rydon, Harley and Studio E have taken, in which they seek to blame Celotex… is misplaced and unfounded.

“All the evidence suggests that all of Studio E, Harley Facades and [main contractor] Rydon knew it would fail in the event of a fire, were external flaming to occur.”

Orr said the email chain showed that the risk of a fire was expressly foreseen by the contractor and fire safety consultant working on the refurbishment, and that none of the firms involved in the refurbishment had explained how this knowledge could be reconciled with their responsibility to comply with the requirement in building regulations.

The legal requirement of building regulations is that buildings must adequately resist the spread of flame on their external surface, while the much-criticised guidance in Approved Document B that sits underneath this simply suggests ways this requirement can be achieved.

Harley’s evidence, published yesterday, stated that, at the time of the fire “they had no idea and no reason to believe that the principal materials used in the building envelope, namely the Reynobond Aluminium Composite Material (“ACM”) and the Celotex RS5000 insulation, would behave as they did in the event of a fire”.

Harley pointed to marketing material from Celotex which explicitly advertised the use of the material used at Grenfell in buildings of more than 18 m high.

But Celotex said this morning marketing material and product certificates contained warnings that their use should be restricted to wall make-ups that had undergone full tests.

Studio E told the inquiry yesterday: “Studio E did not have any knowledge at the time of the project that the products used on the tower were unsafe, and it could not reasonably have been expected to know that they were not safe.”

It also blamed the regulatory system, saying it was “not fit for purpose” and had permitted the routine use of unsafe cladding materials on buildings for many years.