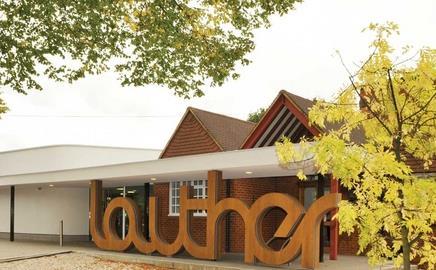 The firms in this category have taken the worst the recession could throw at them and adapted, reorganised and kept on growing. The winner even doubled its staff …

“Lakehouse offers everything you’d want from a modern day contractor,” said the judges of this £69m-turnover company. Indeed, as far as the obligation that firms are now under to take an ethical approach to business goes, Lakehouse ticks all of the boxes. It demonstrated a commitment to sustainability in its award-winning fire station for the London Fire Brigade and the Lowther Primary School in the London borough of Richmond (pictured) was awarded a BREEAM “excellent” rating. At the same time it prides itself on its understanding and caring approach to its staff and the community, as evidenced in its £80,000 investment in management training at its Lakehouse Academy, the employment of a culture and development manager, the instigation of more than 80 NVQs among its staff, its emphasis on developing women as part of its workforce, its £200,000 investment in community development, the fact it recruited 24 new trainees this year and that 96 of its employees were involved in volunteer initiatives. If that list is not enough to convince you, perhaps the fact that it doubled turnover in 2009 and increased its head count from 132 to 264 will.

United House has operated in the South-east’s social housing market for more than 40 years. Over this period it has created a varied range of living spaces while maintaining a cordial approach to those it does business with (a major factor in its being highly commended). Good client relations – mainly with local authorities in this case – is hard to come by in the litigious construction industry. “They tend to be constructive first and deal with the politics later,” said Camden council. Its London schemes include Queensbridge Quarter in the borough of Hackney, designed by Levitt Bernstein, and Frobisher Crescent in the centre of the Barbican estate.

Hill celebrated its 10th anniversary this year, and used it as the occasion to implement a plan to grow turnover from £100m to £250m by 2012. Although it will still be able to compete in this category when it reaches this size, it will be a very different firm if the changes it has started implementing are anything to go by. It has increased staff numbers, moved into new headquarters, entered the private rental, office and primary care sectors, increased its landbank to £12m and secured its largest ever forward order book. It has also secured new clients and taken on work of greater size and complexity. Watch this space.

It’s never easy being a medium-sized contractor, particularly in a recession – you’re too big for niche work and too small for megaprojects. Even work within your reach is being snatched away by larger predator bidding at suicidally low levels. But Linford has defied adversity by focusing on three specialist areas: affordable housing and extra care facilities, housing for the super-rich and restoration. And although it may be of medium size, it does not produce average work. “Quality can’t be done on the cheap,” it says, a sentiment that looks set fair to secure its long-term future.

Without a doubt, Longcross’ most outstanding achievement of the year has been the implementation of its rapid and successful diversification strategy. Although it did not neglect its core sector – retail – the schemes it worked on this year included a refurbishment project at the Victoria & Albert Museum, and another in the accident and emergency department of St Mary’s Hospital in London. Its job for Tesco this year was an excellent examples of sustainable design, and it implemented a radical cost saving solution in its work for Sainsbury’s.

“I have nothing but praise for the work of Mace Plus on this project,” said the principal of St Mary Magdalene Academy in north London, which was handed over this year and won the British Council for School Environments’ award for inspiring design. “The quality of work and attention to detail has been of the highest order and its willingness to help us has gone beyond anything I’ve ever experienced.” The words of this very satisfied client sum up everything that secured this five-year-old firm a place on this year’s shortlist.

Shaylor Group has gone from strength to strength in recent times, despite difficult trading conditions all around it, perhaps because it has continued to invest in its people. While other companies cut staff, Shaylor went on a recruitment drive, and invested in new offices for its interiors business. Clearly this strategy worked, as it increased profit by 13% and turnover by 32%. Among others, its clients include the Ministry of Justice, The Royal Orthopaedic Hospital and the BBC Pension Trust.