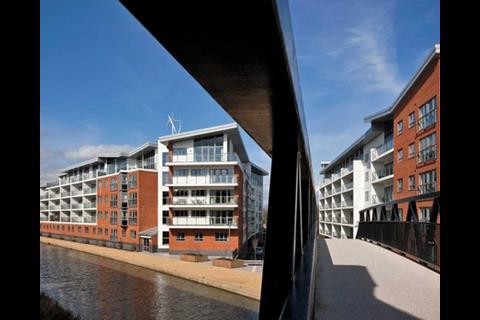 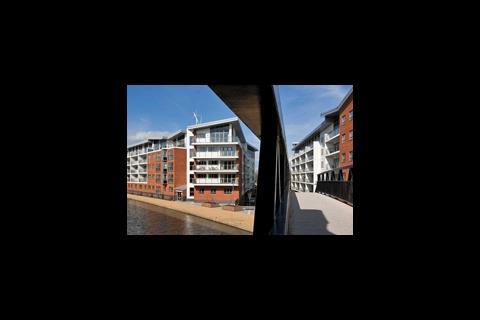 The reduction of site waste sent to landfill is an area where the British construction industry has made great advances, but nobody has advanced as far as this year’s winner

The judges praised all of the finalists for their impressive commitment to recycling and sustainability generally, but Willmott Dixon’s dedication to the cause makes it stand out. It was one of the first contractors to sign up to WRAP’s Halving Waste to Landfill commitment and last year exceeded its target of diverting 85% of waste from the tip. Its position as an industry leader is reflected in the prominent roles chief executive John Frankiewicz and head of sustainability George Martin play in the increasingly influential UK Green Building Council. Of course, with an issue like waste, good intentions count for nothing if you don’t get your supply chain on board, and this is where Willmott Dixon has been particularly impressive, even inspiring one decorating contractor to recycle waste paint containers as outdoor furniture. The ultimate test for the contractor will be whether it can win this award again in 2012 – the year in which it aims to eliminate all waste from landfill. With 20 sites already diverting more than 95%, it’s well on its way.

At British Land’s Ropemaker Place, Mace demonstrated that you can keep a tight grip on site waste even on a high-spec City office block. The offsite manufacture of such elements as flooring and washrooms helped to control the amount of materials coming onto site, and Mace’s close collaboration with its recycling contractor ensured that a minimal amount of waste left it – in fact, recycling rates were up to 90% and the compaction of waste on site cut traffic movements by 50%. Having signed up to the Halving Waste to Landfill commitment last year, Mace is already becoming an evangelist for the cause with clients, which is the necessary next step in eliminating waste from the start of the development process.

Asda was the first retailer to sign the WRAP commitment, and its commitment to recycling goes a lot further than encouraging shoppers to reuse plastic bags. At its recent £8m refurbishment of the Minworth supercentre in the West Midlands, the supermarket giant succeeded in diverting 99% of waste material – 5,777 tonnes of it – from landfill, largely as a result of insisting that its entire supply chain sign up to the stringent waste management policies set out in the Asda Way of Working document. It’s a way of working that other retailers would do well to follow.

Balfour Beatty Construction cut the amount of waste it produced by 42% in 2007 and a further 21% the following year, but just as significantly it was one of the first companies to realise that it is not enough to cut your own site waste and recycle used materials – there ought to be a business case for doing so, too. Balfour’s recycling rate is impressive: 100% of timber, metal and inert waste has been reused on its Manchester Building Schools for the Future project. But just as notable is its commitment to use 25% recycled content on all its projects by 2012.

As site waste management is still in its infancy, it is necessary for major contractors not only to lead the way, but also to report their efforts in a clear and public manner, in order to encourage the others to do likewise. In this, Bovis is particularly impressive. It published all aspects of its waste performance on projects such as the regeneration of Woolwich Barracks in south-east London. Of course, there’s no reason why it wouldn’t want to share this data when it predicts it will divert 88% of waste from landfill by the end of this year …

In 2008/09, 90% of all waste generated by the Berkeley Group was recycled and the amount sent to landfill was reduced by 35% compared with the previous year, saving £1.5m in landfill tax in the process. Berkeley’s commitment to sustainable construction is perhaps best exemplified by its Marine Wharf project in Lewisham, south-east London, where it demolished a warehouse when clearing the site and rebuilt it elsewhere, saving a vast amount of material from being thrown away.

Costain has been flying the flag for waste reduction for a number of years, and put its experience to good use on the International Capital Market Association Centre extension and new business school at Reading university. Some 85% of the 1,370 tonnes of site waste produced on the project was recycled or recovered, including all of the plasterboard, tarmac and concrete waste. Its latest megaproject will help others follow its example – it’s the contractor behind the Manchester Waste PFI, the largest waste services contract in Europe.