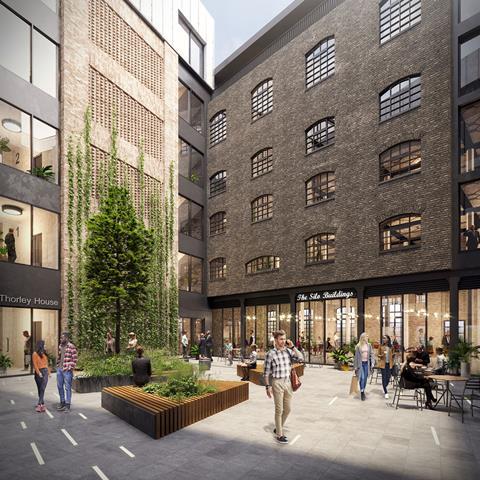 Contractors are on notice for a Hawkins\Brown scheme to convert five warehouses near London’s King’s Cross station into offices.

The scheme, which has been granted unanimous resolution to approve by Islington council, will be located at Regent’s Wharf on the south side of Regent’s Canal.

A spokesperson for the architect said the project will now go out to tender with completion scheduled by the end of 2022.

Combined, the new office and warehouses will create 110,000ft2 of office space, 16,500ft2 of gardens and a central public courtyard.

Located in a former industrial area within the Regent’s Canal conservation area, it will be close to the western entrance of the 878m long Islington tunnel, which opened in 1818.

The designs include hand-painted signage inspired by historic photographs of the original Victorian industrial advertisements that were on the warehouse’s silos and packing house.