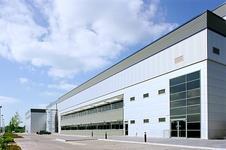 Steelmaker Corus has confirmed plans to cut 2,500 jobs in the UK and mothball a plant in South Wales.

Following speculation over the weekend, the Anglo-Dutch firm issued a statement setting out the measures it would take to shore up its financial position.

The Llanwern hot strip mill near Newport, which employs around 1,000 staff, is to be mothballed and steel businesses at Stocksbridge and Rotherham restructured.

There will also be cuts in the IT, finance and human resources teams, with a target to reduce costs by 20%, the firm said.

The firm said it would make every effort to achieve job losses through voluntary redundancies. It is also understood to have asked the government for funding to help retrain staff.

Corus CEO Philippe Varin said: “The structural changes we are proposing today have been carefully considered. They are essential for the future of the business.

“The company will keep its focus on priority areas such as training, research and product development, which, together with today's initiative, will ensure Corus is in the best possible shape to compete strongly in the future.”

The firm said the measures would bring annual improvements in operating profit of more than £200m.