The cost of decommissioning 10 Magnox nuclear power stations across the UK has mushroomed by nearly £5bn since the original contract for the work was drawn up in 2014.

According to the National Audit Office (NAO) costs increases of around £3bn since its last report into the work three years ago meant the final bill for cleaning up the Magnox sites and making them safe could reach £8.7bn. 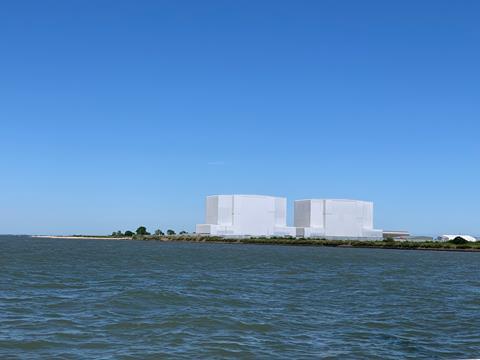 Bradwell, located about two hours north-east of London in Essex, is one of the Magnox sites

The original contract for the work, signed with Cavendish Fluor Partnership (CFP) six years ago, estimated the final cost at £3.8bn.

That contract, drawn up by the Nuclear Decommissioning Authority (NDA), was subsequently revised following a series of legal actions by unsuccessful bidders and a decision was taken to terminate the agreement nine years early.

In its latest report the NAO said CFP had completed most of the decommissioning work it was asked to do under the renegotiated contract, undertaking £2.72bn of work, representing 93% of what it was set to deliver over the five-year period.

But it also said CFP had only fully achieved fewer than half – 45 – of the 97 targets around the expected physical condition of the sites at the end of the contract.

A new NDA subsidiary took on the decommissioning work in September last year.

The NAO report said the NDA was “continuing to refine its estimates”, and costs were likely to be subject to further change, “largely because of the inherent uncertainties involved in cleaning up the UK’s nuclear sites.

“When it let the original Magnox contract, it had underestimated the scale of work needed to decommission sites” the report added.

Gareth Davies, the head of the NAO, said while the NDA had made progress in a number of areas “it still needs to ensure it has a solid understanding of the condition of each Magnox site and the costs of cleaning them up”.