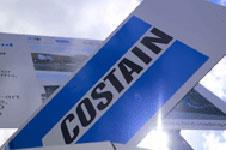 Contractor Costain has reported a 87% leap in pre-tax profit for the first half of the year, with a record order book of £3.2bn.

In 2013 it incurred £3.7m of costs related to its failed attempt to buy May Gurney Integrated Services and a further £1.6m in amortization and employment costs.

However, in 2014 it incurred just £3.3m in employment, amortization and finance costs.

Costain also reported that its forward order book had increased by 10% reaching a new record level of £3.2bn at 30 June 2014, up from £2.9bn at that time last year.

David Allvey, chair of Costain, said the firm had “established reputation for innovation that enables the Group to win large, long term contracts”.

He added: “The successful capital raise earlier this year is enabling us to take advantage of a growing number of opportunities to accelerate the group’s development.”