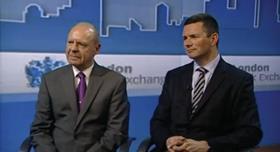 Costain will incur around £4m of pre-tax costs due to its failed bid for services firm May Gurney, the contractor disclosed in a trading update this morning.

Costain reiterated its view that it was not in the best interests of shareholders to up its offer for May Gurney, which was later bought by rival firm Kier at a 35% premium price.

The firm said it had undertaken “several months of detailed due diligence” over the bid.

Costain said it has had a “strong start” to the current year, with an increased order book and some major wins, and is performing in line with expectations.

The firm hailed major wins during the period, including work on the West Coast rail electrification and four further contracts for Crossrail.