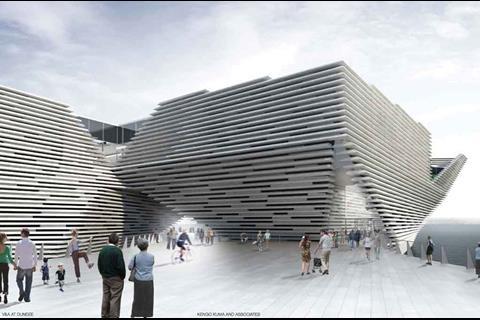 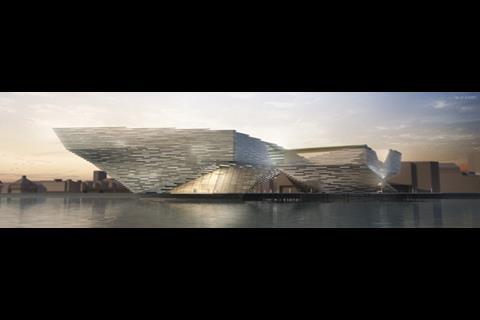 The cost of building the Victoria & Albert Museum’s new Dundee outpost has risen to £80.11m - up from the previous figure of £45m, it has emerged.

A statement from Dundee City Council confirmed the higher headline pricetag for Japanese architect Kengo Kuma’s building, which Bam has been selected as main contractor to build.

The Scottish government today announced that it would pour an extra £10m into the project, taking its total committed capital investment to £25m. As recently as April last year, the government was quoting the project budget figure at £45m.

Dundee City Council revealed the new project cost ahead of a meeting of its policy and resources committee, which will discuss financial arrangements for the new museum.

City council leader Ken Guild said the new museum, which is the centrepiece of the wider £1 billion Dundee Waterfront Project, was expected to create an £11.6m annual boost for its economy.

“Building the V&A Museum of Design Dundee will help attract further investment into Dundee and we expect to see new hotels, retail, housing, office and commercial developments coming to the city,” he said.

“We are already experiencing unprecedented levels of investor interest in Dundee and the city’s ongoing and ambitious regeneration will reach another level when the construction phase begins.

“The council and its partners believe that the time is right to press ahead and deliver for Dundee. We have seen the results of similar projects across Scotland and the world and I want to see those benefits come to our city.”

The city council said the museum would create more than 500 construction jobs and more than 600 full-time staff jobs, adding that work was scheduled to start later this year for completion by the end of 2017. It is due to open to the public by June 2018.

In addition to the latest funding secured from the Scottish government, Dundee said further private fundraising was anticipated to secure an additional £6.6m while an extra £4.5m was being sought from the Heritage Lottery Fund.