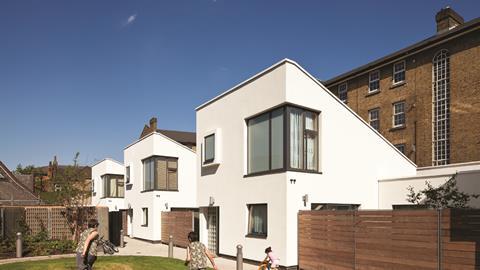 Two London councils are developing plans to invest money from their own staff pension funds into new homes for affordable sale.

Islington council is working with asset management firm the Mill Group to develop its proposals, which will initially see £10m from the council’s pension fund invested into a fund for new homes in the borough.

Richard Greening, deputy leader at the council, said the project would see residents given the chance to get a property with just a 5% deposit, plus a 7% rent payment each year. After five years the resident would be given the option to buy the whole property at a further 5% discount.

Greening said the proposal was designed to meet the needs of Islington residents who do not qualify for social housing but are unable to get on the property ladder, and had the ability to stimulate construction through the levering in of new finance into the housing sector.

He said: “There is a hell of a lot of money tied up in local authority pension funds, and we’ve lost money by investing in the stock market.

“I for one would rather take our money out of arms and tobacco firms and put it in bricks and mortar where it is helping our residents.”

Mill Group already runs a £50m residential investment fund that allows people to rent, buy or part-buy a share in housing, and focuses on homes in London and the South-east.
Ealing council is also at an early stage of working up similar proposals. Council leader Julian Bell said he would consider investing in a residential fund even in built homes outside of his borough: “I think the concept has to be a good idea,” he said.