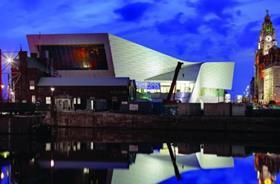 Museum of Liverpool architect AEW will have to shell out £1.1m in compensation to the landmark museum because of major technical faults with its outside steps, seats and terraces.

Building revealed in 2011 that the firm had been hit with a £3.5m claim over a host of serious problems with the project including dangerous and defective outdoor steps and ceiling problems linked to a collapse that injured a workman.

The £72m building - the largest newly built national museum in the UK for more than a century - opened in summer 2011.

Following the failure of long-running out-of-court negotiations between the parties, a High Court judge has now ruled against AEW for the sum of £1,127,870.40 in relation to the steps, seats and terraces.

Judge Akenhead of the Technical and Construction Court (TCC) also said AEW had admitted liability over the ceiling problems and is expected to decide on the level of damages in the coming weeks.

PGT had been brought into the court action by AEW as a so called “part 20 defendent” and must now pay £205,000 towards AEW’s costs, the judge ruled.

Sharon Granville, executive director at the Museum of Liverpool said:  “The court has found in favour of National Museums Liverpool on all counts. We are very pleased with the outcome.

“This financial award for the external works means that we will now be able to rectify the long-standing issues with the external steps and terraces at the museum and make them accessible to the public as soon as possible.

“We are grateful for Mr Justice Akenhead’s decision and await the financial award for the ceilings inside the museum in a few weeks time.”

In the original claim, first revealed by Building, the museum claimed it would have to replace precast steps and an entrance terrace as a result of what it said was “defective” design by AEW.

The museum claimed that the steps were unsafe, lacked planning permission and were insufficiently water resistant to protect rooms beneath them.

The claim accused AEW of a breach of its deed of appointment and/or its common law duty of care and also alleged that it failed to design gallery suspended ceilings “adequately, or indeed, at all.”

The document stated that the system used for the ceilings was “inherently inappropriate and dangerous” and was a “material cause” of the collapse of a large number of ceiling panels in May 2011, which injured a worker.

“The net result is that notwithstanding the fact that over 750,000 people […] will visit the museum over the next 12 months, it is unable to offer anything like the experience it should and would be able to had the collapse not occurred,” the document stated.

The museum previously took legal action against original architect 3XN, which it kicked off the job in 2007. It had also been involved in previous legal wrangles with AEW and had to pay back £500,000 worth of unpaid fees to the practice in 2010.

Steve Burne, managing director of AEW said he was “disappointed” with the outcome of the case, but that it was being dealt with by AEW’s insurers and did not affect the ongoing health of the business.

“We take criticism seriously. We pride ourselves on outstanding levels of service, a fact borne out by over 95% of our business being for repeat clients. The management structure of the company has completely changed since the events of 2009 and we have moved in a different direction in the last four years,” he said.

A spokesperson for Galliford Try said: “Galliford Try notes the decision handed down by Mr Justice Akenhead at the Technical and Construction Court, and accepts the judgement as stated.”