Museum of Liverpool: Nightmare at the museum

The £72m Museum of Liverpool may have opened in 2011, but problems with the design and build mean parts of the iconic building are still inaccessible to the public. Last week’s £1.13m court judgment highlights the dangers for small consultants on big projects 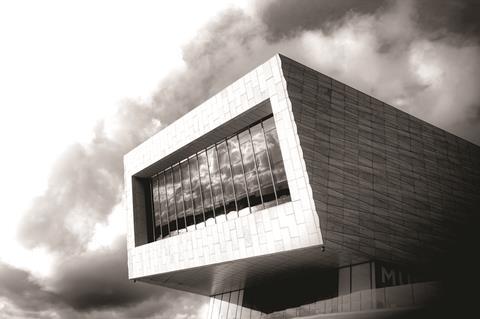 Last week the most senior judge in the Technology and Construction Court - Mr Justice Akenhead - handed down a damning verdict against AEW Architects over the design and construction of the
UK’s largest museum development in the past 100 years: the £72m Museum of Liverpool.

The architect - which took control of the landmark project after the original Danish designer had its contract terminated - was ordered to pay damages of just under £1m. The building’s contractor, a consortium of Galliford Try and Danish builder Pihl - called PGT - was ordered to pay a further £205,000. And this is only half the story - the judge is due to hand down more damages against AEW in the next few weeks, regarding further problems it has already admitted partial liability for. Some of the parties will also be in hock for the legal costs of the case, which one senior construction lawyer this week estimated were likely to top the £1.13m damages already awarded.

The project shows the dangers for small consultancies such as AEW when they take on the role of lead consultant. The damages (which the firm says are being met by its insurers) are huge for a firm with annual turnover of less than £6.5m. And Justice Akenhead’s judgment tells a salutary story about the importance of attentive management on complex projects - and about how not to handle the resulting dispute.

This particular tale of woe began in 2005, when Danish architect 3XN beat off competition from a stellar list including Daniel Liebeskind, David Chipperfield and Zaha Hadid, to design a new Museum of Liverpool on the city’s historic waterfront. Next to the Unesco World Heritage Site of the Three Graces, the building was a very high-profile addition to the city.

Soon after client National Museums Liverpool (NML) engaged 3XN, the architect subcontracted up-and-coming Manchester firm AEW to advise it on building regulations and planning processes. The NML hired consortium PGT at the start of 2007 under a £41m contract, and work started on site soon after. AEW’s role expanded as the project developed, and the practice was the natural choice to take over when the museum terminated 3XN’s involvement in October 2007. From that point, AEW was architect and lead consultant, finally signing a written deed a year later.

AEW’s difficulties stem from a period shortly before it took over the contract, when engineering consultant Buro Happold in August 2007 redesigned the steelwork intended to support the array of concrete steps and seats leading up to a first-floor entrance to the building. According to Akenhead, AEW failed to grasp the implications of this structural design change on the design of the pre-cast reinforced concrete steps and seats resting above it.

The museum said that, from February 2008, AEW attempted to redesign the concrete steps and seats, which were to rise in two abutting flights from ground level, meeting at a “valley” in the centre. Akenhead concluded AEW did not respond to a query in October 2008 from the contractor requesting a detailed specification for the crucial “valley” section.

A year later and the contractor’s concrete specialist, Rowecast, realised that this had the potential to cause a big problem, and raised another technical query. The two sections would not link together properly under the current design so AEW and the contractor developed and installed a different solution: a large plinth to separate them. While AEW’s original defence of the case said it received approval for this change from the museum, the firm later accepted that it instructed the contractor to go ahead without this.

Sharon Granville, the museum’s executive director, testified at the trial to her “shock” when, in January 2010, after heavy snow finally cleared, she saw the plinth, which she described as “an abomination”. Not only was the plinth not what the museum wanted, it didn’t have planning permission and NML felt it posed a safety hazard. Granville told the hearing that she spoke soon afterwards to AEW’s lead architect on the scheme, John Hiscocks, who she said admitted he had “taken his eye off the ball”. Hiscocks left AEW in June 2011, according to his LinkedIn profile. 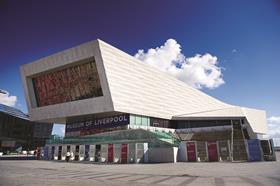 Gaps in the plan

Other problems with the steps started to emerge around the same time. Gaps between the backs of the steps and the rises behind them were wide enough to trap heels or fingers, constituting a safety hazard, and the waterproof membrane underneath was damaged and letting water into the storage room underneath. To cap it all off, AEW did not specify the amount of concrete covering needed for the steel bars reinforcing the pre-cast step and seat units. Akenhead ultimately ruled that the 25mm cover in the units supplied was not enough, making them, on a seafront site, susceptible to decay.
Disaster struck in May 2011 from a totally different source. Inside the building, a large number of ceiling tiles fell down, damaging planned exhibits and “likely” injuring a workman (according to Akenhead’s judgment), just weeks before the planned July opening.

Nevertheless, the building opened on time - but with large roped-off areas, including the steps and seats, which remain unfinished to this day. NML’s Granville says: “This is one of the most important buildings in Liverpool for a century, but it’s a big source of disappointment that it’s had to sit in this unfinished state. We’ve worked around it, but it looks awful.”

Unsurprisingly the legal action started shortly after the opening, with NML filing papers in late 2011 and AEW filing its defence in early 2012, later lodging further papers arguing that some of the responsibility lay with contractor PGT. Meanwhile, more problems emerged. In January, ceiling tiles from the lobby were dislodged and fell around the main entrance, one striking a visitor on the shoulder, according to NML.

The judge agreed with NML’s conclusion, on inspection, that this second failure was due to AEW specifying that the ceiling tiles could partly be hung from the lighting track, and then not anticipating the potential problems during periodic inspections. Close to the eve of the trial, AEW submitted documents accepting liability for the first ceiling failure. It also admitted the museum had never given specific permission for installation of the plinth.

Ultimately Akenhead found that, regarding the steps, AEW “failed from start to finish to appreciate or understand the basic geometry” and that it was “negligent of AEW and a breach of its contract” to give the go-ahead for the plinth solution. The events that involved the steps were, he said, “symptomatic of architects who simply had no real idea what they were instructing” and AEW’s actions had “all the hallmarks of architects who realised something serious was wrong and thought that they could get away with physically covering it up”. 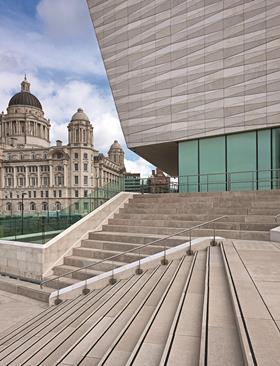 The judge is yet to rule on how much AEW owes for the ceiling failures, with the £1.13m in damages merely relating to the problems with the steps. Yet in all this, Akenhead reserved some of his harshest comments for the way the parties conducted the case - both in terms of the experts representing AEW, and the fact the case was allowed to come to judgment without reaching a settlement beforehand.

First, AEW pulled its trial witnesses when it admitted partial liability a week before the trial, without explaining why. Akenhead described the architect expert witness it did put forward, Richard Pepper, who had not given expert evidence before, as “almost wholly unimpressive”. Despite being hired as an independent expert, Pepper at one point conceded he was “seeking to defend the indefensible for the benefit of AEW”. After this admission, the judge asked the defence team whether they would continue to deny any liability regarding the steps.

Akenhead said he was, on the first day of the case, “very surprised” the matter had come to court and asked the teams representing the parties to see if the court could help facilitate an agreement. But despite Pepper’s admissions swinging the case heavily in the museum’s favour, and despite the museum making an open offer on the fifth day of the trial to settle all issues, no settlement was reached. Akenhead said: “I am disappointed that there has not been a resolution of the case by the parties.”

The fact that no agreement was reached meant AEW’s failings on this job ended up being detailed by the judge in black and white. While the decision to keep fighting the action may keep the final damages bill beneath the £3.5m originally claimed by the museum, this has to be weighed against the impact of the public judgment on the firm’s reputation.

Rupert Choat, partner at CMS Cameron McKenna, says: “Those acting for AEW did not admit liability even after its case collapsed at trial, despite the judge’s prompting - requiring him to set out his findings on AEW’s negligence for all to see. Apart from the impact on AEW’s reputation, the judgment suggests that the approach of those acting for AEW will count against it, costs-wise.”

AEW declined to talk about the case after the judgment, but in a statement it said the matter was being dealt with by its insurers. Choat says: “This case will re-raise the issue of how much [control] all but the biggest insured firms have over whether their professional indemnity insurers defend negligence cases that are - to quote AEW’s own architectural expert - ‘indefensible’, despite the reputational risks.”

AEW added in its statement that it wanted to put the case behind it, but the decision to fight the trial to the end will make that extremely difficult.

After the verdict: What each side said