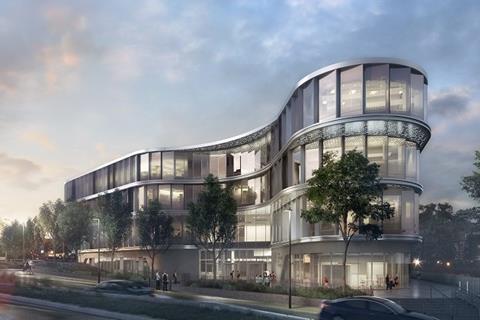 The UK building business is expected to give more details of its performance when it files its 2020 results with Companies House later this spring but parent Royal Bam said a “technical set-back” on an unnamed project, thought to be the University of Sheffield’s Faculty of Social Sciences building which last year saw the entire concrete frame torn down after problems were discovered with the piling, helped send the division into the red.

Royal Bam said its UK building business was facing a mixed outlook, adding: “Competition has increased due to covid-19 and the end of the UK/EU transition period. Public sector clients continue as before, while there is a mixed picture for the private sector.”

Its civils arm, Bam Nuttall, saw revenue jump 11% to €974m (£847m) thanks to more work on HS2, where it is working with a Kier team on the railway in the Chilterns and Warwickshire, and Highways England’s smart motorways initiative.

But profit slipped by nearly half from €23m (£20m) to €12.3m (£11m) although Royal Bam added: “In the UK, the expected growth across all infrastructure sectors is strengthening.”

The company singled out the UK, along with the Netherlands and Ireland, as where it would concentrate on growing its business. “These are the markets where Bam has by the far the largest scale,” it added. It said its work in Germany and Belgium was “more challenging” and flagged that its future strategy in those countries could include sell-offs.

The firm said much of the blame for the weaker figures was down to the impact of covid with group revenue down 19% in the second half of last year.

But it said losses of €110m (£96m) at its soon to be shut Bam International arm, which it blamed on covid and two problem jobs in the Middle East, and the cost of a €36m (£31m) settlement at its German business following a fatal accident on the Cologne metro its German Wayss & Freytag tunnelling arm helped build 12 years ago, also sent it crashing into the red.

The firm said it had begun a restructuring initiative aimed at making annual savings of €100m (£87m).