Housebuilder says number will be up on previous forecasts

Crest Nicholson says its profit for the year is expected to be ‘marginally ahead’ of previous forecasts, following strong sales over the past few months.

The housebuilder, in a brief trading update today, said its adjusted pre-tax profit for the year to the end of October would be slightly above the £101.2m originally predicted. 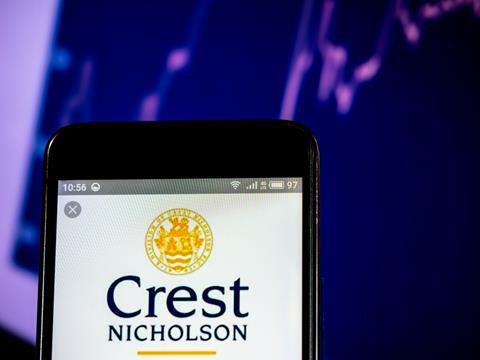 The builder also said the £45m raised through the sale of its stake in Longcross Film Studios near Chertsey in Surrey was “more than anticipated”.

The firm is due to release its 2020/21 results in January next year.