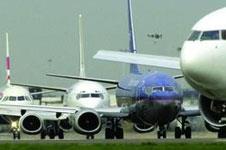 The mayor of London, Boris Johnson, has drafted in Crossrail chairman Douglas Oakervee to work on plans for an airport in the Thames Estuary to replace Heathrow.

The former president of the Institution of Civil Engineers, who masterminded construction of Hong Kong's £12bn island airport, has been appointed to assess the viability of the UK scheme.

Oakervee is scheduled to meet City Hall officials to discuss the project, which could have four runways running 24 hours a day.

The news comes as a group of MPs pledged to back the mayor's island airport proposal amid increasing tension over government plans to build a third runway at Heathrow, which are opposed by many MPs.

Johnson's plan is loosely based on Oakervee's airport in Hong Kong, which was mainly built on reclaimed land.