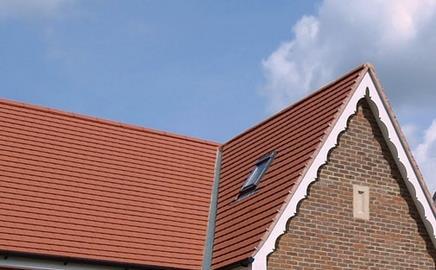 Andy Yallop, chief executive of Croudace Homes, was enjoying the spring bank holiday at home when the deal finally collapsed.

After months of teeing up the sale of his firm to Hyde Housing Association, Yallop received a succession of emails that put an abrupt end to his efforts.

“The previous Friday it had become clear the sale wouldn’t go through,” said Yallop. “There were a few emails back and forth over the following weekend and the decision was made then. We formalised everything when we returned to work on the Tuesday.”

The previous summer the multi-millionaireBrotherton-Ratcliffe family, which owns Croudace, had decided to put the £100m-turnover housebuilder on the market.

The portents for a sale in the summer of 2007 were good. Just months earlier the family had watched David Wilson, founder of Wilson Bowden, pocket about £198m in cash and £271m in shares (now worth substantially less) when Barratt snapped his company up. The Brotherton-Ratcliffes hoped to make more than £160m.

“It was a buoyant market back then,” said Yallop. “The family thought the time was right to exit. Nobody from its third generation was coming through and we had some land that was about to get planning permission in 2009 that would have involved significant payments for infrastructure development.”

The problem was that five interest rate hikes between August 2006 and July 2007 raised borrowing costs to 5.75% and cast a cloud over housebuilding.

The first week of July marked the top of the market for Barratt and Bovis’ share prices, while June was the peak for Taylor Wimpey. Redrow and Persimmon held the ring until August 2007, when the credit crunch plunged the sector deep into the red.

Following 40 expressions of interest from housebuilders, registered social landlords and “rich individuals”, Croudace sent sale documents to 20 bidders. It was understood that most of the volume housebuilders cast an eye over the company but stopped short of making an offer.

Presentations to eight bidders followed, before Croudace drew up a final list of three. The family entered into exclusive talks with Hyde in February.

However, it is understood that in May Hyde revised its bid to less than £100m. The family balked at that price and the sale was later abandoned.

“The bidder revised its offer but bear in mind the market had changed dramatically since the initial offer,” Yallop said.

One City insider said Croudace was partly to blame for the sale falling through: “Aside from the dubious timing, it didn’t help that the process was carried out at the speed of a snail on Valium while the market was rapidly unravelling.”

Yallop responded that the company could not have acted any quicker. “We had a lot of preparatory work ahead of the sale. Our final salary pension scheme had to be brought to a conclusion. It was October or November when we got down to the sale in earnest.”

Yallop added that Croudace’s £23m debt, about 20% of its net worth, became a problem as the wider market deteriorated. “The change in market conditions was an issue. You cannot maintain the same level of debt in the current market,” he said.

Yallop remains optimistic about the future. He says: “We’ve got a good business. I think we’ll trade through the current market better than almost anybody.”