Davis Langdon puts faith in restructure to ride out storm 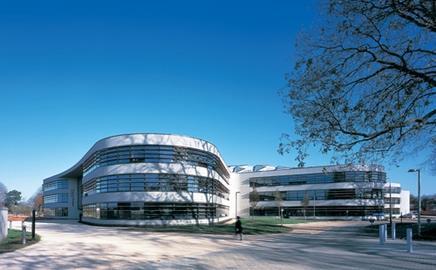 Davis Langdon has long been upfront about the challenges ahead. In July, when many were still trying to shrug off talk of a recession, senior partner Rob Smith said the UK would be “badly affected”. The firm was one of the first consultants to admit to laying off staff, axing 13 jobs in September – and has said more cuts are “inevitable”. Now that the bleakest of forecasts is coming true, the firm hopes the restructure it began six months ago will help it survive the crisis.

In May, the £261m-turnover firm announced it was splitting into six sectors: public, retail, commercial, residential, infrastructure and industry, and hotel, sport and culture. It also said it would plough resources into becoming a programme manager, overseeing a portfolio of interdependent projects. The move was designed to protect it from takeover bids and help it move away from the QS label to become a more rounded “construction consultant”.

Six months later, the ambition has not wavered, as this week’s annual report confirms. It aims for the new service area of programme management to account for 10% of turnover by 2013 – it is already the Olympic Delivery Authority’s delivery partner for the 2012 Games and has been shortlisted for a programme management role in Crossrail.

Smith says the sector-based approach is also “paying massive dividends” by allowing the company to compete more effectively with regional firms as sector-wide experts in the UK and beyond. “We’ve found out we are on two frameworks in regions where previously we wouldn’t have been shortlisted, let alone appointed,” he adds, refusing to reveal where.

“The market is going to be tough for a while and there are people who will inevitably have to leave Davis Langdon. But we are desperately trying to hang on to our good people by creating as much opportunity as we can.”

Some of the new divisions are finding life harder than others. Paul Allen, head of commercial, says rising tender prices have combined with a reluctance from clients to commit to new starts to create the “perfect storm”. As a result, some partners and staff from struggling sectors are being moved into the public division, whose workload includes £500m of further education projects.

On the global side, Davis Langdon is pushing on apace, targeting the Middle East as a priority. Turnover in the region increased by 56% to £14m last year and projected fee income for the year ahead is £29.2m.

There are people who will inevitably have to leave Davis Langdon

The firm, which has offices in Dubai, Abu Dhabi, Qatar, Bahrain and Lebanon, aims to have 25% of turnover from this region by 2010, up from about 8% now, and has boosted staff numbers in the area by 48% in the past year to 250, clearly betting against the Middle Eastern bubble bursting.

“In Dubai, things are slowing,” says Smith. “But Abu Dhabi, Bahrain and Doha are not reliant on international investment. Confirmed turnover for the first five months of this financial year is up to $60m (£37m) from $20m (£12.3m) and that’s without winning any new work.”

Other regions of growth include Russia and mainland Europe. Turnover in the latter is expected to increase to 10% of overall revenue, from 1-2% now.

Closer to home, a merger with the £6.5m-turnover Mackenzie Partnership in August 2007 has made the firm the biggest construction consultancy in Scotland.

Davis Langdon has more than doubled turnover over the past five years. So what of the next five? Smith says there may be a couple of years of zero or low growth, but is confident the firm’s historical performance of about 8% a year can be reached again. “If we haven’t achieved that in five years’ time, I would be disappointed,” he says.

“But things will be a bit different. More of our activity will be outside the UK and Ireland; the economic centre of gravity is shifting.”