Swansea-based contractor Dawnus has confirmed that it has gone into administration.

Administrators from Grant Thornton announced they had taken control of the company on Friday afternoon.

Alistair Wardell, restructuring partner at Grant Thornton, said: “The Dawnus Group has struggled with a wide variety of challenges and despite significant efforts to turn the business around, unfortunately it has not been possible to rescue the group. 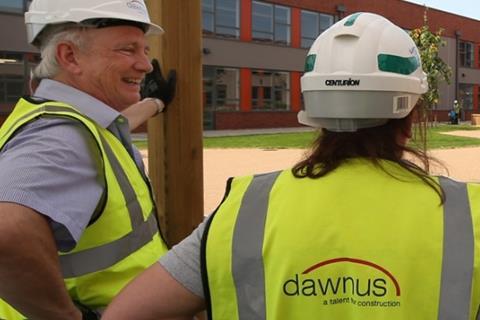 “As a consequence, the future cash flows has meant that the business was not in a position to continue to operate, including completing existing work in progress.”

Wardell said while the firm’s financial difficulties were not a consequence of Brexit, there was “no doubt” that Brexit uncertainty impacted the ability to rescue the business.

The £172m-turnover firm has a slew of public contracts in Wales, including to build the £12m Kingsway redevelopment in Swansea, three schools in Powys and a flood defence scheme in Cardiff.

It has 700 staff across the UK working in construction, development, commercial management, plant hire and recycling.

It also has operations overseas, notably in South Africa and Sierra Leone.

The Welsh arm of the Specialist Engineering Contractor Group said it was concerned about the knock-on effects for businesses in the nation, comparing the effect of the collapse to that of Carillion.

The group’s national executive officer, Catharine Griffiths-Williams, said: “Nearly all the work carried out by Dawnus was outsourced to SMEs which will now bear the brunt of the losses from the insolvency.”

She added: “Again this highlights the financial fragility of the large construction firms and the consequent risks to their sub-contractors which could now lose millions of pounds.”

Founded in 2001, Dawnus has a number of offices across the UK including London, Birmingham and Exeter.

The firm said in its 2017 accounts, which were filed at Companies House last June, that it been forced to make writedowns on a number of completed jobs because of “client solvency concerns”