‘Hub’ building near Birmingham airport will be home to 1,200 staff 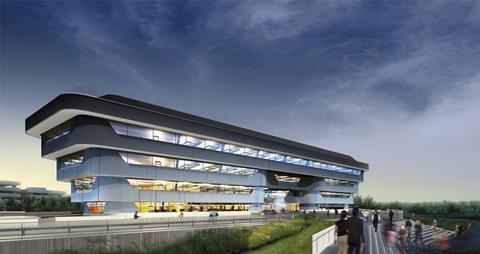 The 12,000 sq m scheme - which won planning permission earlier this year - will be situated next to Birmingham International airport and railway station. Once complete it will be home to 1,200 staff that are currently located across five offices in the region.

David Ardill, partner at Sheppard Robson, said: “We wanted to create a distinctive, highly efficient building that encapsulated the ambitions of Interserve but also acted as a marker for the future regeneration of the area.”