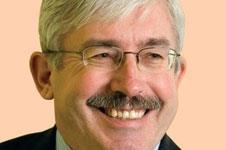 The CIOB has demanded that political parties do not ignore the construction industry when planning spending cuts, following the announcement of the election date.

The Chartered Institute of Building responded to today’s announcement of the general election on 6 May by calling for investment in the country’s infrastructure.

Chris Blythe, CIOB chief executive, said: “What is clear is that the next government will be making some difficult decisions on public expenditure. Certainly all the parties are saying we cannot go on increasing public debt as we have done, the main area of difference seems to be when the cuts start rather than if the cuts start.

“But if we are to go back to a pattern of consistent economic growth, there needs to be a sustained programme of national investment. The physical infrastructure of this country underpins the entire economic and social infrastructure.

“It will be interesting to see how the leaders of the three main political parties fair during the live television debates; and whether they see the connection between the built environment and the UK ‘s economy, equally the country’s legal commitment to reduce CO2 emissions.”