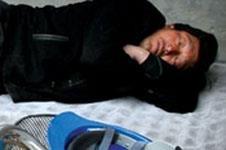 Contractors have been warned about letting workers sleeping on sites following the prosecution of a contractor.

Asaad Al-Helu pleaded guilty for two offences under the Health and Safety at Work act after he allowed five migrant Polish workers to use the site as sleeping accommodation in February.

The premises contained a large amount of flammable material such as wood and rubbish and numerous sources of ignition including an unsafe electrical system.

The men's lives were also danger because there was no means of escape or of raising the alarm in the event of a fire.

Asaad Al-Helu had also failed to prepare a construction plan before the start of construction work, which should have brought to light the risks from fire, work at heights and site electrics. The plan would have enabled safe working practices to be used.

Health and safety inspector John Rowe said: “These five construction workers were allowed to sleep on the site at night, which exposed them to fatal injuries in the foreseeable event of a fire. One carelessly discarded cigarette could have had serious and possibly fatal consequences, not only for them but also for local residents.

He added: “Generally, standards of work and preparation on the site fell far short of the industry norm. The risks were foreseeable and straightforward to avoid.”