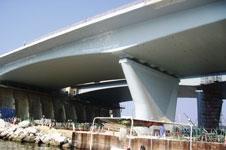 The Dubai government has said it expects a $1.2bn (£0.8bn) deficit in this year's budget as it expands its spending on public projects to make up for the shortfall in private investments.

Nasser Al-Sheikh, the director general of Dubai's department of finance, said public spending would rise 42% to $10.3bn, but government revenues are expected to stand at $9.1bn - up a quarter on last year - leaving a deficit of $1.2bn.

Al-Sheikh said the fall was a result of Dubai “aiming to boost total local demand to compensate for an expected drop in private investments and consumption”.

A number of residential and commercial schemes in the emirate have hit the buffers in recent weeks but Gulf states, including Dubai and nearby Abu Dhabi, have pledged to continue spending on infrastructure projects such as transport schemes.