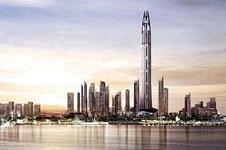 The sister investment company of Dubai developer Nakheel has also begun laying off staff because of the economic downturn.

At the end of November, Nakheel said it was cutting 500 jobs - around 15% of its staff - because of problems in the emirate's property market. Now investment firm Istithmar World is shedding 10% of its staff for the same reason.

In a statement, it said the 13 job losses were made because of “external market conditions” but added: “We remain confident of our investment strategy for driving long-term growth and above-average returns.”

Both Nakheel and Istithmar are part of state-run conglomerate Dubai World. Istithamr was set up in 2003 to pursue investments worldwide, and last year it and Nakheel bought a one-fifth stake in French circus troupe Cirque du Soleil.

In a report released over the weekend, financial services firm Shuaa Capital predicted more grim news for Dubai in the upcoming year, with job cuts set to shrink the number of expats living in Dubai.