Dubai World asks for eight years to pay off debt 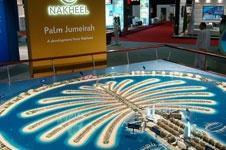 Dubai World, parent of developer Nakheel, is to ask creditors for up to eight more years to pay back a $22bn (£15bn) debt mountain.

According to a report in this weekend’s Sunday Times the crisis-hit investment empire, owned by the Dubai state, will promise its lenders it will be able to pay back all the money it owes if it can get the extension.

The debt restructuring proposals will be put to a seven-strong committee of the group’s senior creditors in Dubai this week.

In November last year Dubai World shocked global markets by announcing it would request a delay on repaying $26bn of its debts. It then narrowly avoided defaulting on a $4.1bn Islamic bond linked to Nakheel, after a last-minute bailout from Abu Dhabi.