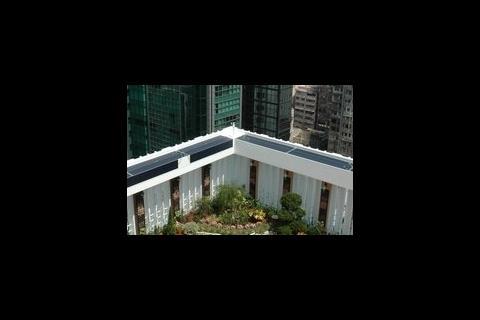 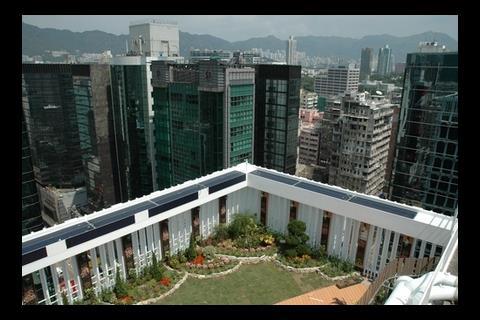 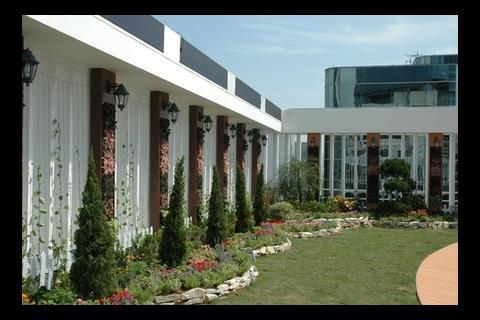 Described as a 'sky garden', it has been built on top of the bank’s 16-floor office in the heart of Mong Kok. The original concrete rooftop has been converted into a green oasis, with turf and a garden partly laid with recycled plastic materials.

The idea is that the garden will lower roof temperatures by around two degrees and reduce the air conditioning load for the floor underneath. A solar-powered film, as thin as a bank card, generates 2kWh of electricity, which helps cut up to one tonne of CO2 annually.

The garden also promotes the reuse of wastewater generated from the building’s air conditioning system. Around one cubic metre of water is collected on a daily basis for irrigation.

Andy Coy, partner at EC Harris in Hong Kong, said: "A challenge was that the building’s additional planters and features on the roof would induce additional loading that could require reinforcing of the roof slab.

"With the use of low weight materials and broad based planters, the sky garden was finally built without structural strengthening and no extra cost for the client."