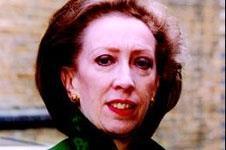 The government will press on with publishing its planning blueprint for eco-towns after protesters failed in their bid to get the government consultation on the new developments branded unlawful.

Margaret Beckett is to produce a policy statement in March

Members of the BARD group, which opposes proposed eco-town Middle Quinton near Stratford-upon-Avon, succeeded in getting a judicial review of the programme, but Justice Walker this week ruled the government’s consultation was lawful.

The campaigners argued the government had not consulted sufficiently on eco-towns. But the judge said that opponents could have objected when the new developments were outlined in the housing green paper.

The eco-towns programme, launched in 2007 by prime minister Gordon Brown, has suffered several setbacks. A number of the 15 shortlisted schemes have been forced to withdraw because of local opposition or the deteriorating economic situation. It is now thought as few as two or three eco-towns may be built, rather than the 10 originally aimed for.

David Bliss, chairman of the BARD campaign, said the ruling was “by no means the end of the road” for its challenge to the Middle Quinton proposal. He said: “Despite the ruling we hope the government will listen to and act on the views of local people and their elected representatives.”

The Weston Front group, which is opposed to the Weston Otmoor eco-town in Oxfordshire, also backed the judicial review. Tony Henman, spokesperson for the group, said: “If the proposal gets past the shortlisting stage we are confident the planning process would then reject it.”

Both groups will consider their options, including further legal challenges, when the judgment is published next week.

A spokesperson for the communities department said the consultation on the planning policy statement for eco-towns would continue until 6 March and the document would be published in the spring or summer “at the earliest”.