EDF reduces workforce at Hinkley site by over 2,000

EDF has said it is cutting the number workers at the Hinkley Point C plant project by more than half in the coming days because of the coronavirus outbreak. 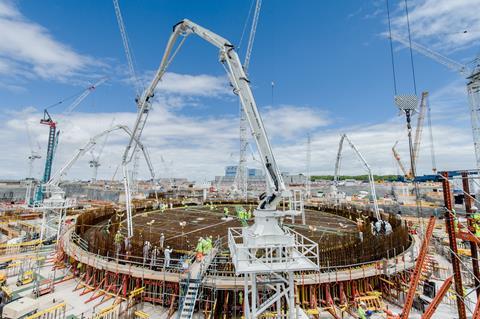 In a statement, the French energy giant said: “The number of workers on site will be significantly reduced, falling by more than half to around 2,000 in the coming days and further as work already in progress is completed.”

It added: “We will work in a focused and limited way with split shifts, extra buses and staggered breaks. Reduced numbers will allow easier social distancing in operational areas and sites such as canteens.”

It said steps already taken have included shutting its Bristol head office, working from home for those that can, temperature checks on people entering the site, extra cleaning, changes in movement patterns and the closure of bars and gyms.

In a statement, the GMB union said: “We are aware that EDF and the companies involved are exploring options to keep workers, including the new government Furlough scheme [where up to 80% of wages are paid by the government], and we will work with them to find solutions to the short term issues thrown up by the current crisis.”

EDF said there are normally 4,500 workers on site, which is the first new nuclear plant being built in the UK since Sizewell B in Suffolk was finished in 1995.