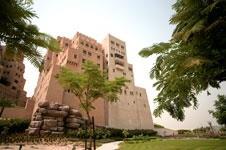 The developer, which has a construction partnership with British firm Carillion, made the announcement at this year’s Cityscape Dubai festival.

Construction began on Dubai Festival City in 2003. A shopping centre opened last year, and two hotels are already complete, with a third to be opened later this year. The eight projects now under construction by Al Futtaim Carillion are:

The Dubai Festival City development will eventually make up 10m sq ft of prime commercial space and will complete in 2011.