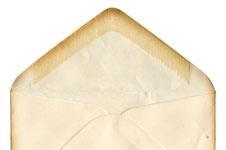 Over the past three weeks, David Cameron, Gordon Brown and Nick Clegg wrote open letters to Building’s readers setting out, with varying degrees of clarity, their position on the issues that matter to construction. As the magazine went to press this week, the country was on the eve of finding out which election campaigns had been successful, and the leaders of the industry have written to whichever of them is now running the country (assuming any is).

Whoever is about to become prime minister is going to be confronted by one of the toughest problems ever facing a peace-time leader: how to reduce a national debt that will stand at £1.4 trillion in 2014/15, while ensuring that an economy that has only just returned to feeble growth does not tip back into recession.

Spending cuts and tax rises are inevitable, but the balance between them has yet to be defined. And that balance will prove crucial to a construction sector that gets about £38bn of work a year from the public sector, and contains hundreds of companies whose future is far from assured. So, now it’s the industry’s turn to have its say on what our new government should do first. Are you listening, prime minister?

A change of government inevitably brings with it uncertainty and delay. We have just gone through the toughest purdah period ever, where contracts have remained unsigned even when projects have been approved. And hanging over everyone’s head is the prospect of draconian cuts in public spending and further delay and confusion while detailed spending plans are hammered out.

My first wish is that the new government will accept the economic arguments for continued public investment (as articulated by the CBI, the UK Contractors Group and Building magazine) and that it will quickly produce a clear line of investment to enable the industry to deliver efficiently and effectively.

We also want the government to throw its weight behind the important work that Paul Morrell, the chief construction adviser, is getting under way to reduce carbon and make public procurement more efficient. These are important tasks in the post-credit-crunch world, where resources are limited and cannot be squandered.

Finally, we want the government to recognise the importance of the construction industry. Its wellbeing is vital if the UK economy is to flourish.

The first priority will be to form a government quickly; the next must be to reduce the amount our nation has to borrow while not cutting back on vital investment in the infrastructure of our future. Investing in the built environment provides a near threefold return to the economy and holds the key to sustainable economic recovery and social regeneration. Set against this, the state wastes a fortune on unproductive costs and so a fast review of the value-for-money in our bureaucracy would set us on the right track. Setting up the chief construction adviser role is one of the best moves ever made by Labour and needs the enthusiastic support of the next government.

I am sure that the first thing at the top of your in-tray is sorting out the public sector deficit. A household that is overspending and needs to urgently repay its debt has to cut expenditure and increase income. In the case of UK plc, the situation is no different, but unfortunately during the campaign all the focus has seemed to be on cutting debt with little attention given to how we increase our income.

One of the best ways to stimulate economic activity is to invest in the built environment. Not only does this create jobs and additional economic activity at the rate of nearly 3 to 1, it also helps business be more competitive (better transport infrastructure and secure energy supply), it helps reduce the drain on the health service (poor housing leads to poor health), and addresses the “most significant threat to mankind”: climate change.

No government will ever achieve its objectives without a clear investment strategy. The key is to focus this investment on where it will give the most benefit and provide the best return. That is the approach that I hope you as a responsible government will adopt to secure the long term and sustainable economic success of this country.

We need clarity on spending plans. We know capital spending will be cut to reduce the budget deficit, but so far all the parties have been vague as to what that will look like. So, the first priority should be to detail the proposed cuts, the departments affected and work out a timetable.

The construction industry is a big contributor to the UK economy, in terms of number of firms and people it employs, so the new government should be mindful that spending cuts that are too severe could put at risk our overall recovery.

Another priority is to follow-through on low carbon aspirations. This industry can help achieve the 80% cut in carbon by 2050, but we need funding models to provide the catalyst, and the new government should make introducing the proposed green investment bank a priority to stimulate investment in low-carbon infrastructure and retrofitting.

Britain has a serious, persistent and growing undersupply of housing. However, the home building industry can only deliver the homes we need within the economic and policy framework set by the government.

An essential precondition of a sustainable recovery is an adequate supply of mortgage finance. Private and affordable housing supply are now inextricably linked and both are being strangled by the lack of mortgage availability. Government must take steps to get banks lending again to people who can afford to buy.

The new government must also find a way of providing an adequate supply of viable permissioned land in locations that people want to live. The current planning system is failing to do that and without sufficient land, we can’t build homes.

Third, it must tackle the issue of viability. Unless the policy demands of central and local government and public agencies in relation to affordable housing, zero-carbon homes, or infrastructure contributions are reduced to realistic and affordable levels, too many sites will remain non-viable and the housing crisis will deepen.

Take the time to understand the implications of your immediate actions. The new government must consider the clear evidence of the positive economic and social benefits that investment in areas such as schools, affordable housing and vital infrastructure brings to the nation. It must also understand the consequences of cutting capital expenditure on employment, skills, and the broader social impact in communities up and down the country. Addressing the issue of the UK’s finances and working in a “more for less” environment is a given, but there are choices about how that is achieved. Government and the private sector must work together to create a stable long-term framework for construction to invest its skills to drive growth back into the UK. In particular, I would urge the government to focus on education as the lifeblood for the long-term success of the nation.

Congratulations on putting yourself forward for public service at a time when you will be required to deliver difficult change.

Your room for manoeuvre with a fiscal deficit of £163bn will be limited, but your focus will no doubt be on stability as it will help underpin sound market sentiment. This will come if the best environment is maintained for enterprise as it will nurture the recovery.

It will, in turn, require continued investment in transport, energy and technology if employers are to see the UK as a country that will continue on the road to recovery. The economic leverage that comes from construction spending is often ignored, but on this occasion there is justification for finding a way of maintaining investment so that we don’t neglect the challenges we face in infrastructure renewal and decarbonisation.

The cost of renewing and greening power and transport infrastructure between now and 2020 is likely to total at least £450bn, and we will also have to invest in decarbonising the existing building stock. There are great opportunities to develop new industries around this investment, which will be needed to rebalance our economy.

A lot of emphasis during the election has been placed on raising standards in the public sector. Your focus should therefore be on an agenda that leads to communities that reduce social tension, schools that educate, hospitals that heal, prisons that lead to reformed behaviours.

Simply cutting budgets at this time will at best leave our economy bumping along, much like Japan. At worst it could tip us towards the position Greece finds itself in.

The timing of your decisions over the next 100 days will be critical; the key for me is that you maintain confidence in all corners of the country, the City and beyond. This could be your moment as your country most definitely needs you to stand firm and provide the stability we need.