Elections 2016: What results mean for construction 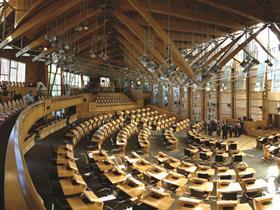 The electoral landscape across the UK has been shaken up, with Sadiq Khan reclaiming the London mayoralty for Labour, while the SNP and Labour have struggled to wins in Scotland and Wales.

Khan and the returned governments of Scotland and Wales have all put affordable housing at the top of their priority lists, alongside policies to boost infrastructure spending and address skills shortages in construction (See boxes below).

Khan topped the poll in London with a 13.6% margin of victory over his nearest rival, Conservative Zac Goldsmith.

In Scotland and Wales, the SNP and Labour were returned to power, albeit with fewer seats at Holyrood and the National Assembly respectively.

In local elections in England, Labour did better than expected in council elections, with numbers of elected councillors remaining largely unchanged across Labour, the Conservatives and the Liberal Democrats.

Developers in London are braced for a rather different approach from Khan to his predecessor Boris Johnson, given his emphasis on dramatically boosting affordable housing provision and taking a more cautious approach to planning.

He added: “As has been observed by others that, 50% of nothing is nothing, and this is a particularly pertinent issue for small developers. We urge the Labour candidate to introduce a small site exemption.”

On infrastructure, Turner & Townsend ‘s UK infrastructure boss Patricia Moore warned Khan is on “a collision course with the Airports Commission” due to his support for expansion of Gatwick rather than Heathrow. She also questioned his pledge to freeze transport fares in the capital: “He has set himself an almost impossible challenge – to raise the funds needed to pay for vital upgrades through efficiency savings alone.”

Alan Brown, chief executive of housebuilder Cala, warned the SNP’s focus on affordable housing could be to the detriment of other areas of the market: “What Scotland really needs is housing policy that is far more balanced in nature, which encourages development at all stages of the housing ladder; not just at the bottom end of it.”