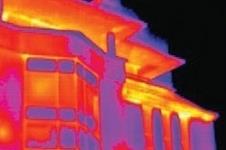 Energy assessors have questioned the claim this week by the communities department that the average commercial building almost meets the latest energy regulations.

The department said the early results of its new system of energy performance certificates (EPCs) found that the average building scored a C rating on the A-G scale – a claim to be treated “with huge caution”, according to one assessor.

The statistic is based on 500 buildings larger than 10,000m2 assessed since April, when EPCs for large buildings were introduced. From 1 July all buildings greater than 2,500m2 need a certificate when completed, sold or let.

Matt Fulford, the head of sustainability at EC Harris, which offers an assessment service, said he suspected many of the buildings that have been certificated were new. Buildings compliant with current regulations should get a rating on the boundary of the B and C band.

I’d treat this with huge caution. I’d still expect most buildings to get an E or an F.

Fulford said, “I’d treat this with huge caution. I’d still expect most buildings to get an E or an F.”

Buildings constructed to the Part L rules that were in force to 2002 would be expected to get an E rating unless they have been upgraded.

Brian Scannell, managing director of assessor National Energy Services, said the new-build sector was most geared up for EPCs.

The communities department said it did not know the age of the buildings assessed.