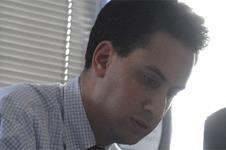 Government plans include £120m boost for off-shore wind energy, but carbon capture will not be introduced in this parliamentary session

The government today announced a raft of policies and incentives aimed at cutting the UK’s carbon emissions and meeting legally-binding carbon budgets.

It said, however, that its four carbon capture and storage projects, aimed at making the country’s new coal-fired power stations less polluting, would not be introduced in this parliament, confirming Building’s story published in May.

Ed Milliband, the climate change secretary, announced several long-awaited programmes, including a feed-in tariff aimed at boosting small-scale renewable energy; a “pay as you save” proposal, which would give the owners of 7 million homes loans for insulation, which will be repayable based on their energy bills; and a £6m fund to develop 60 low-carbon houses at the BRE park.

The foundation of the first Low Carbon Economic Area in the south-west of England, within which the central government would work with local governments to ease planning for low-carbon developments.

Responding to recent concerns that its renewable energy strategy would add hundreds to bills and exacerbate fuel poverty, the government said that the measures would add about 8% to energy bills by 2020, or about £90.

“He talks about bipartisanship and then he issues all these direct attacks,” Miliband said of Clark in the House of Commons.

Meanwhile, the CBI warned that the next generation of nuclear power stations and transport projects would struggle to be built as the government had delayed an expected publication of new, national policy statements for the energy and transport sectors until the autumn.

“Businesses have been crying out for the government to set a planning policy framework that would encourage new investment into the UK’s ageing infrastructure,” said Neil Bentley, CBI director of business environment.

“With the UK retiring 45% of its energy generating capacity by 2020 – more than any other European nation – we have no time to lose.”

National policy statements were established under the 2008 Planning Act to allow the government to examine and decide future planning applications within the Infrastructure Planning Committee.