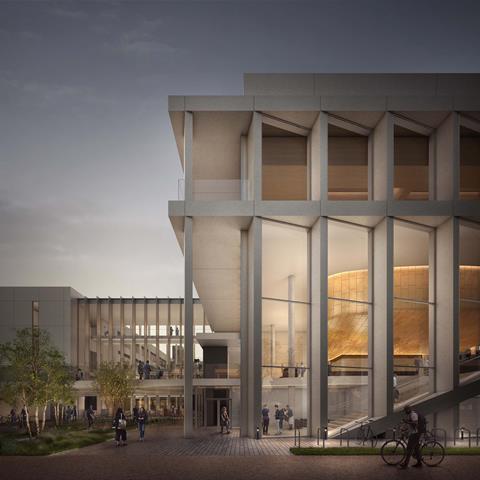 Architect Jestico & Whiles has won planning consent to replace one of the most famous physics laboratories in the world.

It will be replaced by Cavendish III, a 35,000sq m building funded by the largest philanthropic donation ever made to UK science. The £85m gift came from the estate of sound pioneer Ray Dolby who got his PhD at Pembroke College in 1961.

The laboratory will be built on the site of the existing lab at the emerging West Cambridge research campus. The university wants this to be a globally significant research hub for the physical sciences in order to attract the best staff.

It will need to accommodate 900 staff and 560 full time equivalent students including 15 research groups.

It was designed with CH2M, which was bought by Jacobs in December, acting as technical architects on the laboratories and specialist cleanroom areas. Bouygues was appointed as contractor and has since appointed NBBJ.