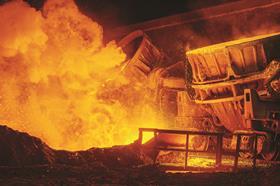 Seven countries including Britain, France and Germany have written to the European Union warning the continent’s steel industry is at “risk of collapse”.

Ministers from the three countries - alongside Italy, Poland, Belgium and Luxembourg - have urged bureaucrats in Brussels to introduce measures to better protect steel manufacturers in Europe from a deluge of cheap imports from overseas.

The letter, which is signed by the UK’s business minister Sajid Javid, says: “The European steel industry – already weakened by the 2008 economic crisis – is tackling chronic use of unfair trade practices in a context of strong international competition intensified by overcapacity at global level.

“The European Union cannot remain passive when rising job losses and steelwork closures show that there is a significant and impending risk of collapse in the European steel sector.”