Existing stock: why it's different this time 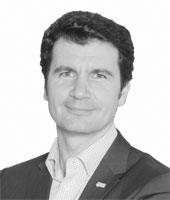 You’d be forgiven a sense of déjà-vu. Today, the UK Green Building Council has submitted a report calling for a comprehensive package from Government to radically reduce carbon emissions in our existing homes. Those of us with an interest in sustainable building, not least Building Magazine with its 99% Campaign, have known for a long time that “it’s the existing stock, stupid”.

But here’s why today’s report is a bit different and why I believe we can all feel a bit more optimistic this time around. I’ll give you five reasons. Firstly, we have a Climate Change Bill – soon to be put on the statute book. That has already prompted the Climate Change Committee to tell Government that we need - by law - to cut our emissions by at least 80% (on 1990 levels) by 2050.

Our homes, responsible for 27% of our emissions, with at least 80% of the homes standing in 2050 already built now, will play a crucial role in meeting that target. This report therefore calls on the new Secretary of State for Energy & Climate Change, Ed Miliband, to respond to the setting of the ‘Carbon Budgets’ on 1st December, by committing not just to the 80% by 2050 target, but strict interim targets every 5 years for the household sector.

Secondly, although some might despair at yet more target setting and ask whether that will really have any teeth, Government has committed to a Low Carbon Homes strategy – an overarching strategy with the policies to meet those targets. That is due in spring next year, and will be consulted on this winter. Government itself part-funded our research and has committed to using the results to inform their consultation. This isn’t just a report that will sit on a shelf – it will directly influence policy.

The report’s greatest strength, reason three, is probably the sheer breadth and depth of organisations who have contributed to its development. The Energy Efficiency Partnership for Homes initiated the whole process, asking us to lead the project back in July. The Sustainable Development Commission and the Technology Strategy Board, both government agencies, also came on board.

With Building’s Sustainability channel supporting the mini consultation process in August, and the Existing Homes Alliance network regularly offering advice and expertise, as well as our own members, around 1000 organisations have been consulted. Online polls and written feedback, webinars and a major workshop in September have all meant that this is not a UK-GBC report – this is genuinely an industry-wide report that I hope everyone who has played a part in, feels some ownership of.

The fourth reason is the growing challenge of energy security and affordability. Several of the recommendations in the report, such as introducing fundamentally new financial mechanisms (of which there are several viable options) to spread the cost of upfront finance of energy efficiency measures, is aimed not just at cutting carbon, but also reducing household energy bills and protecting householders from future volatility in energy prices. As the draft Renewables Strategy recognised, the cheapest energy to produce is the energy we don’t use in the first place.

Finally, the report comes amidst a paradigm shift in what we expect of our politicians and what is acceptable in terms of their intervention in the market in clearly extraordinary economic times. Lessons from current policy suggest that one of the few areas of success has been CERT, where clear objective setting has created a market, galvanised industry, and it has been able to respond and invest accordingly.

That principle is now needed on a much greater scale. The right interventions and a comprehensive package of measures will unlock what is potentially a £5bn a year market, offering tens of thousands of much-needed green collar jobs – at a time when there is stagnation in the new build market and dark clouds over the economy generally.