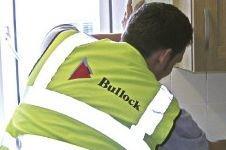 The reasons surrounding his exit are unclear and the company refused to comment.

It is understood Hooper-Keeley, who joined the £140m-turnover company in April 2006, is currently negotiating the terms of his departure.

Last April the company was sold by Bank of Scotland to Lloyds Development Capital for an estimated £100m.

At the time there was speculation that Hooper-Keeley would leave the company following the sale.

The sale coincided with the retirement of managing director John Gaffney, who left Bullock owing to ill-health.

Bullock was formed after a Bank of Scotland-backed £42m management buyout of Montpellier’s social housing division in September 2005. Montpellier now trades as Renew.