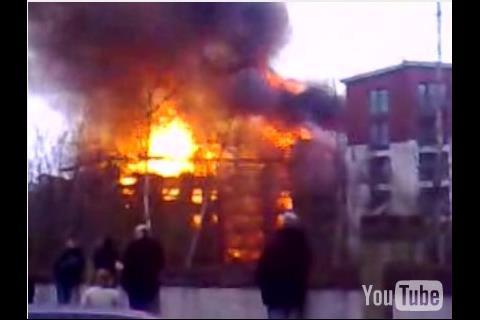 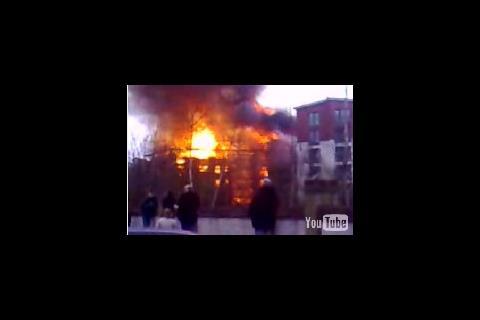 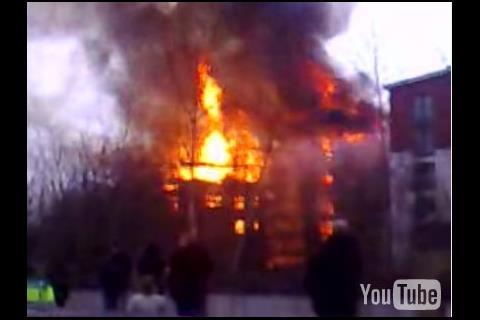 A fire ripped through a partly built timber frame block of flats in Edinburgh at the weekend forcing nearby residents out of their homes.

The inferno could be seen from miles away as the six storey block being built at the Waterfront Gait development went up in flames late on Saturday night.

Around 150 residents were evacuated from their homes as flames destroyed the building.

Police said they did not know the cause of the fire but have launched an appeal for help in tracing two girls spotted in a distressed state near the building before the fire.

The fire service said the cause of the fire is still under investigation. There were no casualties.

The fire comes after 50 people were forced to flee when a massive fire tore through a block of flats being built by Bellway near Hibernian Football Club's Easter Road stadium in Edinburgh.

Fire at Bellway site in Edinburgh in April