First Base in 8,000 home deal with Barking council 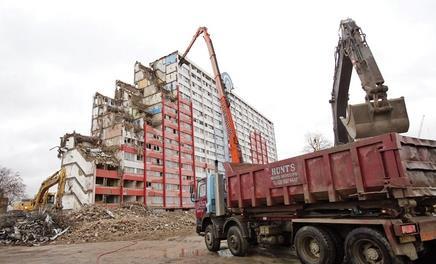 Regeneration developer First Base is set to win the contract to set up England’s first local housing company, designed to build 8,000 council homes in east London.

First Base, which is part-owned by developer Lend Lease, confirmed it is in exclusive discussions with Barking and Dagenham council to form a joint venture.

LHCs are intended to be joint venture organisations that combine council land with investment and expertise from private developers, enabling councils to redevelop rundown estates and build new homes. The idea was floated in last summer’s housing green paper.

A formal announcement by Barking and Dagenham and First Base is expected by the end of May. It is expected to coincide with the submission of a planning application for the redevelopment of the monolithic 256-home Lintons estate into 500 public and private homes, the first LHC scheme.

Ultimately the LHC will oversee the development and management of 8,000 new homes.

The progress of Barking and Dagenham’s planned LHC comes as it emerged that few of the other 14 pilot LHCs will be ready to launch anytime soon.

Duncan Innes, strategic land director for regeneration agency English Partnerships, which is managing the scheme, said that other than Barking only Sheffield council was certain to be ready in the first wave of LHCs. “We were always planning to do two or three waves of announcements,” he said.

A spokesman for Barking and Dagenham said the council was hoping to make a full announcement “imminently”.

For more on local housing companies, go to www.building.co.uk/archive