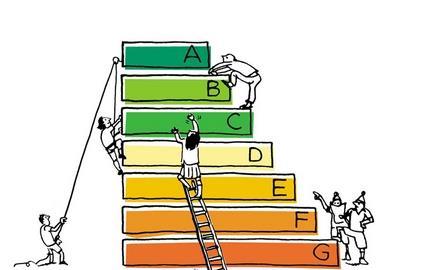 Leading providers claim certificates will set back building owners anywhere between £500 to over £20,000

The bulk of non-domestic energy performance certificates will cost between £4-6,000, leading providers claimed this week.

Early estimates vary, with the sum of £500 being given for the very smallest premises below 100msq to thousands for more significant buildings. some providers have said.

A spokesperson for the BRE said that most EPCs will cost between £5-10,000 but added was too early to be more specific. “There are a lot of ‘unknowns,’ on which the estimate will depend. These include the number and usage of zones are in the building, the method of heating and cooling and whether the original drawings are available. But the floor area will be the most important.”

And while having manuals and plans to hand will save time, assessors will still need to check the facts. EPC assessors will have to make sure that the building is being used for the listed purposes and that no extensions have been added.

Greg Dunn of Leicestershire-based Elmhurst Energy Systems agreed with the assessment: “Most surveyors charge £1,000 a day for medium and large buildings. I can imagine £4-5,000 would be the cost of assessing a Level 3 building. Some large hospitals will see bills of £20,000 or more.”

But others refused to be drawn into talks of pricing, having had their fingers burnt before. “We have taken a lot of flack about DEA fees,” said Brian Scannell of NES, “despite having given the caveat that market forces will dictate the prices.

“So … we are incredibly reluctant to get drawn into discussions about fees for commercial EPCs. We simply state it’s up to each individual to negotiate with their clients.”