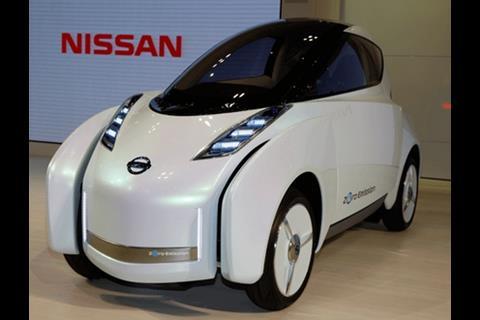 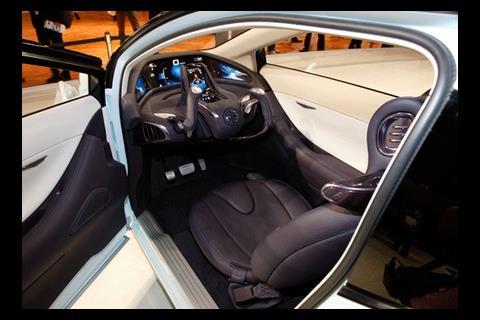 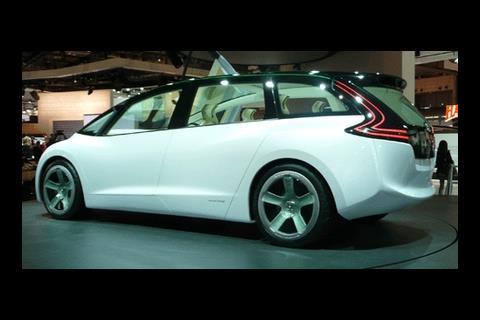 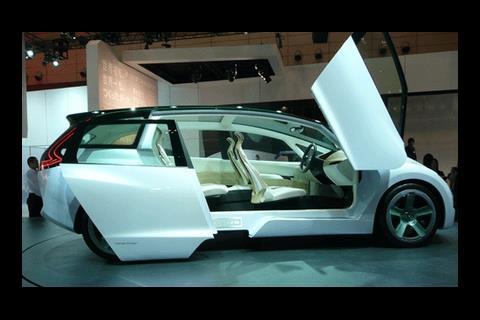 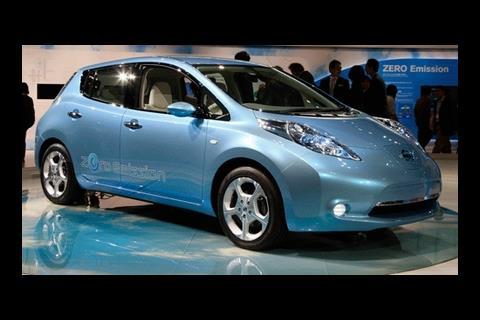 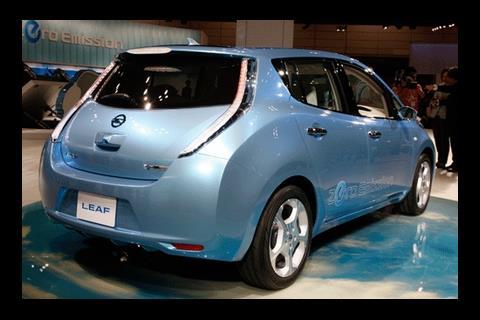 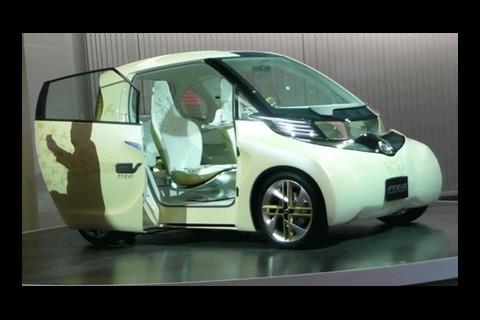 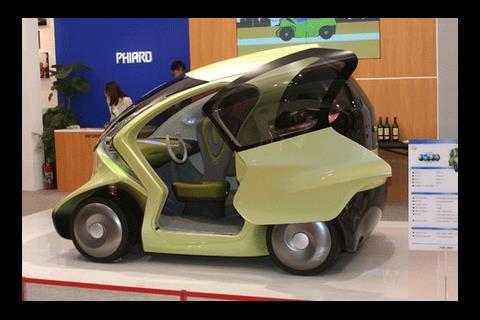 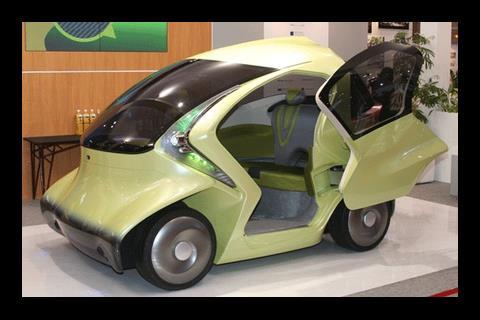 Without a combustion engine, the car’s shape is open to all kinds of possibilities. This is how some vehicle designers have approached current and future zero-emission design as exhibited in the Tokyo Motor Show in October. Read our graduate panel’s remarks following a short review of each car.

Land Glider This electric car prototype has a single seat and is the Japanese carmaker Nissan’s proposition for future urban mobility. The narrow body and sheer size has been made possible thanks to the ultra thin lithium-ion battery that is discreetly housed beneath the floor.

Inspiration has come from two-wheelers, with the car leaning into corners for stability. Project design director Koji Nagano says he designed the car for a younger audience who are not necessarily interested in big power hungry cars. It will form the basis for an upcoming small city electric car.

Skydeck Honda’s Skydeck is a cleverly configured six-seater hybrid-powered concept car. With many of the driving components, including the high-power battery, housed centrally - rather than behind the rear seats or under the floor – there is enough cabin space for three rows of two seats. The middle row can also slide under the front thanks to the slim laminated wood seat design. Design features include scissor-doors up front and sliding doors to the rear.

Leaf This is a production car designed by Nissan to be someone’s first electric car experience. For this reason the designers have played it pretty safe sticking to a square five-door hatchback shape. Subtle manipulation of surfaces, however, have helped achieve maximum aerodynamic performance with lots of surface movements and sharp edged bodyside lines that direct airflow from the nose to the rear and away from the car. The up-slanting LED headlights consume half the energy of conventional lights, and the clever design also redirects airflow away from the door mirrors, helping to reduce wind noise and drag. The Leaf is the first large-scale volume electric production car made for a global market.

FT-EV II This is another urban electric car concept, this time designed by Toyota, that sets to deconstruct our view of the conventional motorcar. It is tiny, but the lithium-ion battery housed beneath the floor creates enough space to enable the cabin to fit four adults. The drive-by-wire technology allows all driving functions to be controlled using a single joystick.

P70t Conch This is a compact three-seater electric concept car inspired by a golf cart. Designed by students for consultant Phiaro, the urban vehicle features just one door which slides back to reveal a 1+2 layout.

Victoria Small’s verdict Cars themselves are an extension of architecture, movable architecture, transporting us from one building to another.

These space aged cars may look out of place in the suburban setting, next to the traditional housing type but the modern designs are pushing the boundaries and are challenging the public’s idea of aesthetic, functionality and interior space planning.

The development of the lithium-ion batteries now enables the designer to have complete control over proportions and spaces within the car, thus creating some interesting forms which in turn generates intriguing planning and interior layouts.

The designers have obviously thought about the changing needs and requirements of the client, due to the range of cars produced, catering from the traditional five door approach to the newer ‘out-there’ design for a younger generation.

Each of these cars creates its own experience a key role in architecture; the Land Glider, in particular, creates an experience not yet available in the current market.

All the cars use planes and vertical lines to create fascinating new designs, whilst retaining levels of familiarity.

The windows in different aspects of the vehicles frame the passing views, all adding to and generating a completely new experience.

These designers have made the future of cars more dynamic and architecturally driven, however it is yet to be seen what a discerning public makes of this change.

Thomas Greenall’s verdict With members of the architectural press recently asking us to question green orthodoxy, and certain editorials deriding the current government and RIBA’s position on global warming, should we now be looking towards vehicle designers for guidance in combating anthropogenic climate change?

Whist many professionals are uneasy at the totalitarian approach adopted by the media and government to force acceptance of climate change initiatives, there are no reputable scientists still seeking to disprove the considerable impact of human activity.

Besides, there are infinite other reasons for eliminating our dependence upon fossil fuels. Almost without exception, every building or system could be designed better. Not just to fight climate change - but because it is unwise not to.

Thousands of international scientists have contributed to the Intergovernmental Panel on Climate Change’s (IPCC) research which documents the changing climate. In September, the United Nations Environment Programme released its Climate Change Science Compendium 2009 which states that the rate of change is more rapid even than that predicted by the IPCC. The vast majority of peer-reviewed scientific research concurs.

But whilst there seems to be reluctance amongst the architectural community to agree on its responsibility to reduce emissions, it seems that the motor industry has been forced into action.

With oil pushing at $80 a barrel, and car production reduced by as much as 30 per cent at some of Japan’s biggest manufacturing plants, fuel-saving and green technology seem to be at the top of the agenda at the recent Tokyo Motor Show.

It has been reported that different manufacturers are taking different stances on sustainable motoring. Toyota is still banking on hybrids; Nissan has put its money on battery technology, while Honda is pioneering its hydrogen fuel cells.

But whilst the Japanese market may not be unified on a single power solution, their commitment to future production is (mildly) commendable – With its money on battery power, Nissan claims that by 2020 more than 10 per cent of its production will utilise this technology. Slightly more promising, Mitsubishi confirmed that 20% of its production would become purely electric vehicles by the same date.

Whilst (to the uneducated eye) these ’visions of the future’ barely seem to have developed from those on show a decade ago, the ambition to develop green technology is not something to be dismissed.

Victoria Small is a final year architecture student from Nottingham Trent University and Thomas Greenall is a graduate from the Royal College of Art.
Email Nargess at nargess.shahmanesh@ubm.com if you would like to write for 'First Impressions'.
For the latest careers in architecture visit Building's specialist international job site.