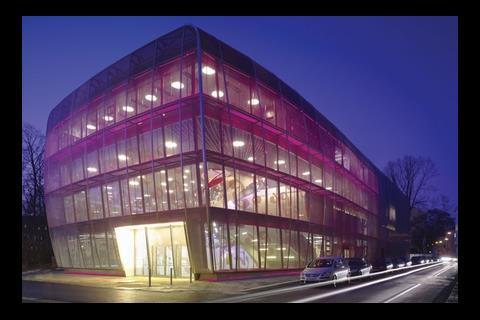 This music theatre in Graz starts off in classical style, but inside it’s doing the twist 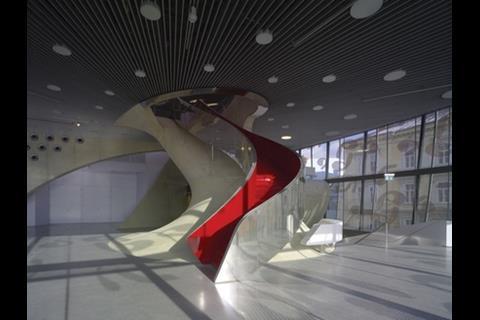 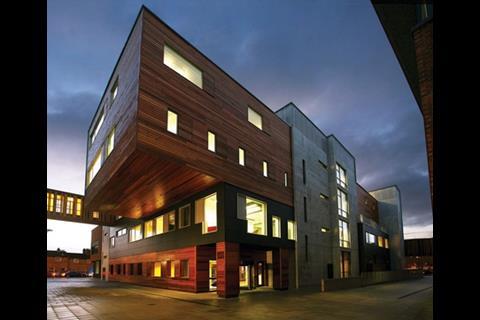 At the rear of the new complex, two upper floors crash out above a pedestrian alley 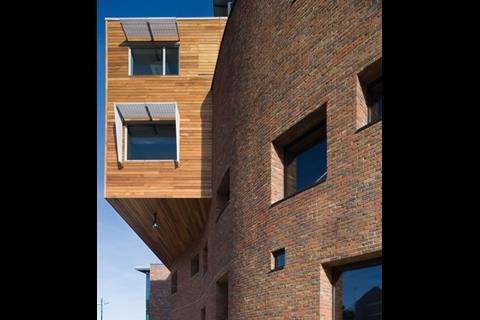 At its other end, the same boxy, oblong wing bursts through a curvy brick wing 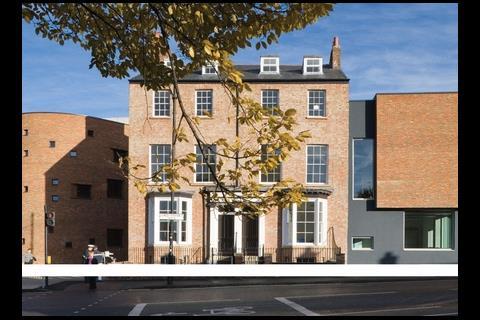 The Georgian houses face the road, and behind them is a courtyard bounded by three new linked wings 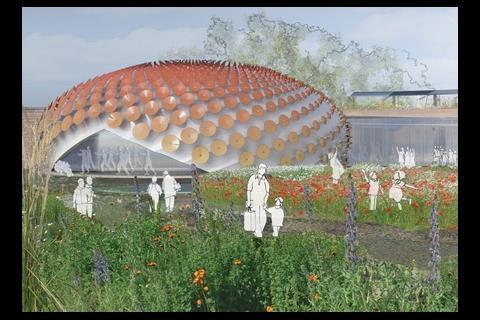 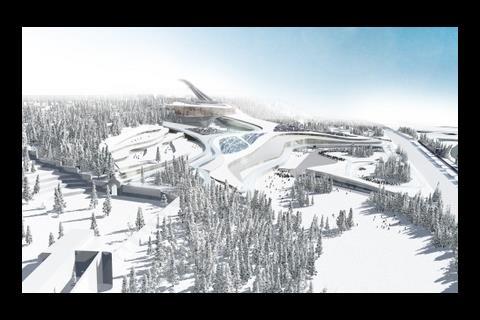 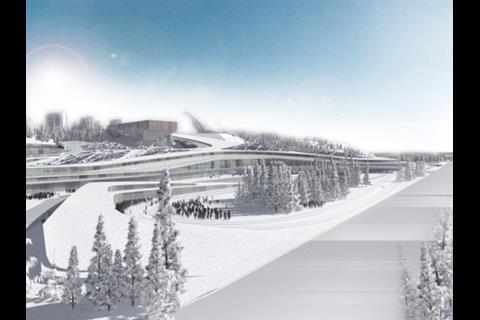 About the scheme: These are images of Haus für Musik und Musiktheater, a £17m music and performance venue and faculty building for the local music and performing arts university in Graz, Austria designed by Dutch architect UN Studio.

The building incorporates a sense of movement and drama in its form. It a small structure, but the bulge of its outermost mesh makes it appear as if it is bursting at the seams.

UN Studio calls it a “blob-to-box model” - meaning the public entrance at the front of the building, and the rear door, through which the performers and students enter, are linked in an unbroken, flowing line.

Chris Baillon’s verdict: A relationship exists between architecture and music, both utilising a number of common traits such as rhythm and repetition in their expression.

In creating the Graz music theatre, this relationship has been expressed explicitly.

The building exudes a musical quality, sharing the dramatic and harmonious nature of its free-flowing interior with the outside world through its transparent facades.

In music, there are songs that are instantly likeable, others that grow on you as time progresses and those rare few that become timeless classics.

Similarities can be drawn in the architectural world, with some buildings proving instant hits, others taking a while to be appreciated and few going on to achieve that timeless classic status.

The Graz music theatre possesses all the attributes to suggest it will be an instant hit but lacks a certain depth and character to become truly great.

Like a local musician that hits the big time, this building will no doubt retain its fame in its native area for many years but its global appeal to the masses is likely to be limited.

About the scheme: This is the York St John University quadrangle designed by London architect Rivington Street Studio.

The £15m scheme is unlike a regular university quad. The anchor is a pair of listed Georgian terrace houses at a major T-junction. The building is constructed out of a glowing, roughly textured red brick handmade locally. Although the bulging brick wall pays homage to York’s medieval heritage, they avoid any hint of pastiche.

CB’s verdict: At first glance my impressions of this project were favourable, the scheme demonstrates anostentatious and contemporary form of architecture befitting its student environment, one that could enhance the campus of many a university. But this knee-jerk impression quickly changed as I considered the wider context of the project.

This is York, a town synonymous with its medieval heritage, quaint cobbled streets and the impressive York Minster. Furthermore, the site represents one of the major gateways to the town, and sits within one of its conservation areas. With this in mind, I fail to see how the scheme has truly addressed the context within which it sits.

If this scheme sat in a more metropolitan area I may still question its use of form, the way in which the timber-clad box element brutally crashes through the soft curvilinear brick façade is particularly awkward for example.

The overtly extravagant mix of materials also gives cause for concern, ranging from the soft tones of handmade bricks to the drab grey fibre-cement panels that crash unsympathetically into the Georgian townhouses.

Quite simply, this scheme doesn’t exude the characteristics one might expect from such a site in this town. Its youthful exuberance may respond to the students who occupy the site, but its architecture is confusing at best, and I don’t believe it pays enough respect to the heritage of its surroundings.

About the scheme: This is Ian Simpson Architects’ design for the £5m National Wildflower Centre in Knowsley, Merseysidehas which won a RIBA competition recently.

The architect envisages a compact conference centre inspired by the shape of a wild flower head. The client Landlife wants the building achieve an “outstanding” BREEAM rating.

CB’s verdict: I can’t make my mind up whether I like this proposal or not. It is undeniably striking in appearance and powerful in its intent, but I can’t get away from an underlying feeling that there is something altogether alien-esque about the design, as if it were lifted from another world and planted in this Merseyside garden.

The form works well and the Fibonacci-inspired roof pattern will no doubt prove successful but I’m not convinced by the white appearance of the external envelope beneath this pattern. I’d be interested in finding out the materials likely to be used in achieving this aesthetic and will monitor its development with interest. Winter sports complex designed by Wilkinson Eyre

About the scheme: These are images of architect Wilkinson Eyre’s design for a winter sports complex in Nizhny Novgorod, Russia to be used as a training site for the 2014 Winter Olympics. It include five Olympic ski jumps, a skating rink and Nordic cross-country ski course, all linked by a shopping centre.

The complex will sit on the banks of the Volga river, between the city’s Kremlin and the 17th-century Perchersky Monastery, and will be dominated by the 125m-high ski jump structure.

CB’s verdict: The outline concept here looks promising and the graceful steel formed ski-jump at the heart of the scheme represents an iconic and appropriate reference to the history of Nizhny Novgorod as a renowned ski-jumping centre. With the remainder of the scheme restricted to much lower levels, it sits well amongst its woodland setting.

The use of long curving horizontal lines through the scheme exude a certain sleekness and help to accentuate the grace and speed inherent in many of the winter sports that will be practiced here.

Chris Baillon is a final year BSc (Hons) Architectural Technology student at Nottingham Trent University.
Would you like to be part of the graduate First Impressions panel? Then email Nargess at nargess.shahmanesh@ubm.com.