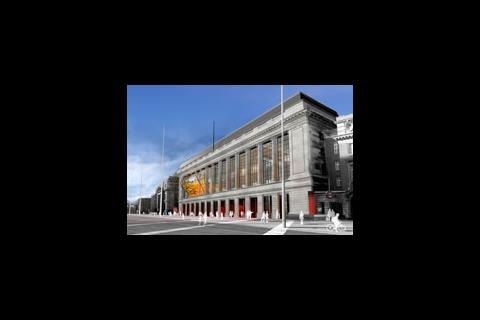 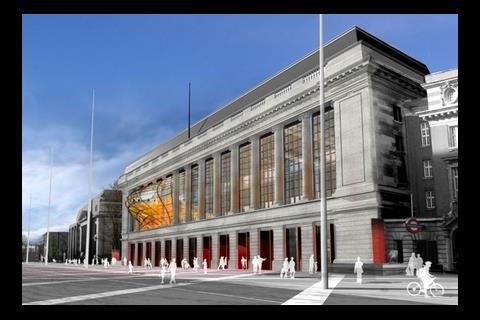 The Science Museum in London has unveiled proposals for a £150m revamp designed by Wilkinson Eyre.

As well as a complete overhaul of its interior spaces, the “Museum of the Future” scheme will have a glowing red beacon bulging from the facade facing Exhibition Road. Already nicknamed “The Brain”, Wilkinson Eyre said the beacon would “signal that the Museum is quite literally ‘full to bursting’ with energy and ideas.”

Other highlights include a top floor gallery known as “Skyspace”, with a gilded roof made up of a series of parabolas. Inside will be a large open space dedicated to cosmology. Concept images show a Tintin-like spacecraft and planetarium-style constellations projected on the ceiling.

The scheme was launched today by business secretary Peter Mandelson with the hope that funding can be found to make the proposals a reality by 2014.

Molly Jackson, acting director of the National Museum of Science and Industry, of which the Science Museum is a part, said: “Museum of the Future is a vision which will place the Science Museum amongst the international great cultural ‘spaces’. This proposal will ensure that in its second century and beyond the Science Museum continues to be one of the world’s leading museums.”